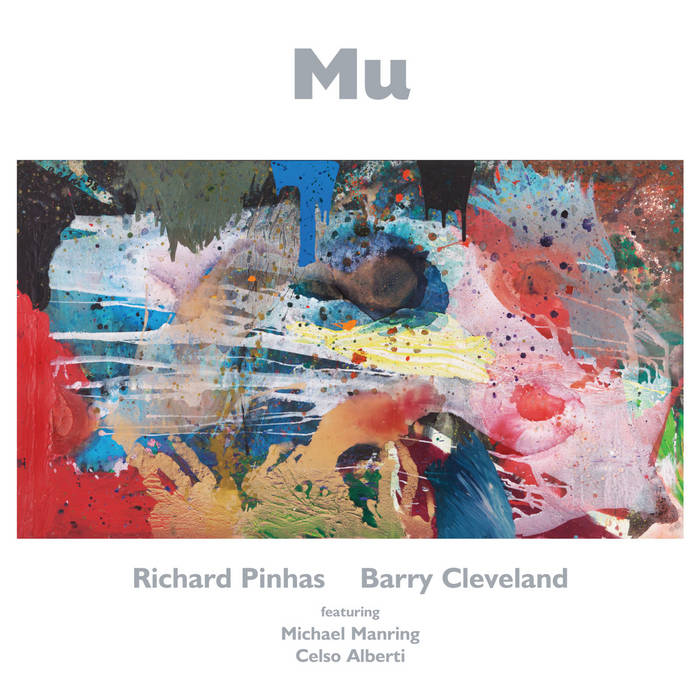 Carsten Pieper Interesting collaboration of two creative minds with great contributions from their guests (and I'm not the first to mentions Michael Manring's outstanding bass playing!).
Hard to categorize, there isn't Tribal Space Rock, is there? Favorite track: Zen/Unzen.

CH this is a gorgeous treasure, a perfect blend of Pinhas' longform drone mode, Cleveland's hypnotic electricity, Manring's expressive phrasing, and the propulsion of Alberti's layered pulse. gradually transportive as textures unfold and sonic images emerge from - and melt back into - a seemingly endless parade of color and depth. Favorite track: Zen/Unzen.

John Cratchley "To pass the barrier of no-barrier is to pass through the self-centred dream we maintain...Mu is not an experience but seeing..." Elihu Genmyo Smith
Can't help feeling that Michael Manring steals the show, though...

One day a troubled monk approached Joshu, a renowned Chinese Zen master, intending to ask him for guidance. A dog walked by and the monk asked Joshu, "Has that dog a Buddha Nature or not?" The monk had barely completed his question when Joshu shouted: "Mu!"

Mu is often translated as “nothingness,” but as the response in Zen’s most famous koan, the gesture speaks to a truth deeper than rational dualistic thinking can obtain—therefore also resonating with the creative mindset accompanying the purest forms of musical improvisation.

The music created by French guitar iconoclast and electronic music pioneer Richard Pinhas and insistently inventive San Francisco Bay Area guitarist Barry Cleveland on Mu originated in just such a way, arising seemingly from “nothingness.” The two had contemplated performing as well as recording together for several years before their stars finally aligned, and they played several Bay Area shows during the same period that Mu was recorded.

Pinhas’ distinctive musical aesthetic is facilitated by his Metatronic live-looping and effects system that enables him to create an astonishing variety of tones and textures and layer them into continually changing stream-of-consciousness soundscapes. His approach on Mu was especially dynamic. “Besides opening up fresh sonic horizons himself, Richard did an impressive job of responding to the rapid shifts in tempo, tonality, and intensity of the quartet, which is far from easy when using a looping system such as his,” explains Cleveland. “His performance on ‘I Wish I Could Talk In Technicolor,’ in particular, may be the most dynamic and nuanced I’ve heard from him yet.”

Cleveland’s aesthetic is equally sui generis. In addition to playing guitar in the conventional manner he plays with a bow, a bowhammer, an Ebow, and other devices, as well as using sophisticated electronics and looping to access intriguing new aural realms. On Mu, he also played Moog Guitar, sitar guitar, Vocalizer 1000 woodwind synth, M-Tron, zither, kalimba, gong, and incidental percussion.

“Hyperbassist” Michael Manring’s mind-blowing virtuosity is equaled only by the richness of feeling expressed in his playing. He and drummer/percussionist Celso Alberti, a master of multiple rhythmic traditions, share a near-psychic connection that enlivens their truly uncanny interactions.

In bringing together this singular quartet, Cleveland and Pinhas take another bold step with Mu. Given their long histories of innovation and experimentation it shouldn’t be surprising to find them venturing into the unknown. But there’s still something inspiring about witnessing veteran artists willing to follow a thread of inspiration into the void, only to emerge with new revelations. “In many ways,” says Cleveland, “this album represents the culmination of concepts and techniques I’ve been developing my entire life.”

The partnership between guitarist, multi-instrumentalist, and composer Richard Pinhas and Cuneiform Records has been exceptionally fruitful. Not only has the label reissued his earliest experimental recordings, but they've followed up with the catalog of his prog rock band Heldon and released new offerings to boot. Mu is co-billed to guitarist Barry Cleveland and features uber bassist Michael Manring and Brazilian drum master Celso Alberti (the rhythm section Cleveland worked with on 2010's Hologramatron). It is one of two Pinhas collaborations issued on the same date -- the other is Process & Reality, with Merzbow and Tatsuya Yoshida.

These four selections were improvised in the recording studio, then put through Cleveland's post-production compositional development. Pinhas' signature "Metatronic live-looping and effects system" is especially well suited to this quartet's setup. Tempos, textures, and dynamics shift quite naturally within the stream of exploration with exceptional balance. Opener "Forgotten Man" is almost rounded in its quality as Cleveland's labyrinthine melodic sensibilities offer a counterpart to Pinhas' extrapolated loops and riffs. Manring bubbles underneath, providing a countermelody as Alberti adds hand percussion and his drum kit in Middle Eastern time signatures and modes. The centerpiece of the session is "I Wish I Could Talk in Technicolor," which commences with Manring's fleet-fingered bassing, answered in dark phrases by Pinhas and more elegant tones from Cleveland. It suggests the Jon Hassell of Power Spot and/or the David Torn of Cloud About Mercury. Kinetic force develops with breakbeats, flanged guitars, delays, distortion, looping, and tonal and timbral shifts before it concludes in a long dissolve nearly 26 minutes later.

"Zen/Unzen" emerges slowly with a warm but sparkling atmosphere, before Manring and Alberti establish a schema that Cleveland and Pinhas alternately expand upon before poignantly dialoguing with one another. The nine-minute track sounds like one long intro transforming into another, building in intensity until it finally explodes. (Manring's solo is breathtaking to boot.) Closer "Parting Waves" offers drones and open-toned washes that gradually expose the sound of crying seagulls. It evaporates into emptiness just four minutes later. It's the only way Mu could have ended, with merely a blur and a whisper, not a bang. While some may wish for more ferocity, the collective's interplay is so seamless, balanced, and canny, it's completely unnecessary. Since this outing is nearly perfect, the only desire should be for another album." – Thom Jurek / AllMusic

All compositions by Richard Pinhas and Barry Cleveland.

Cover painting “A World On Its Own” by Bedri Baykam. Courtesy of Bedri Baykam and the Istanbul Museum of Modern Art.
Processed photos by Barry Cleveland.
Group photo by Celso Alberti.