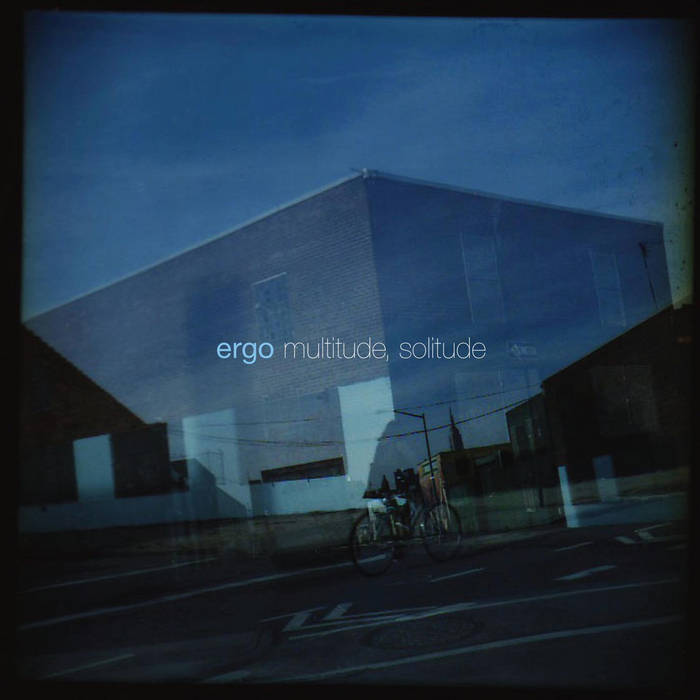 jeff paper Love this spacey genre-mix (with unexpected-but-welcome trombone) that seems to be calling itself jazz, and it may be, but it's all right with me if it isn't. Easy to get lost in these aural mazes... Favorite track: She Haunts Me.

Ergo is a trio made up of Carl Maguire on Rhodes electric piano and analog synth, Shawn Baltazor on drums and lead by Brett Sroka on trombone and laptop. Their music is one of stark melodic beauty, enveloping electro-acoustic texture and empathic imagination. They have been playing together since 2003, combining the modern sound of electronica and beyond with jazz and ambient music. The basic building blocks of their sound are beats and electronics, trombone, the Fender Rhodes and drums. The music here generally develops slowly but it's also very accessible while remaining something that holds active interest.

In the early 2000s, Brett Sroka began exploring beyond his Jazz background and became fascinated with electronic music, surrounding himself with synthesizers and software. As he sought to reconcile the six hundred years of technology between trombone and computer he also found musicians of similarly elastic and adventurous temperaments. As they continued to play together, an idiosyncratic dynamic began to cohere and Ergo was born. With their debut CD, the band put forth a statement of purpose and were lauded by AllAboutJazz-NY for “Best Debut CD” of 2006. Ergo’s sophomore CD, “Multitude, Solitude” brings the band further into it’s own. They have refined a unique style of unadorned melody and intrepid improvisation with a sensual approach to the post-modern techniques of sampling, synthesis and signal processing.

"[Ergo] has a deft touch when it comes to molding silence and drones into rich celestial balladry....a nifty confluence of George Lewis's dreamscapes and Miles's Lonely Fire, and while it's a record that invites you to watch the embers glow, it does its fair share of shooting off sparks."
- The Village Voice

"Ergo has touched on something quite unique and cool in contemporary fusion music with Multitude, Solitude, reaching into and past modern creative, ambient music or mere basic electronica. Teamwork, acute listening skills, and hegemony are a few of the many common threads employed in making this captivating, hypnotic, and attractively exotic music..."
– Michael G. Nastos/All Music Guide

"...explores the intersections of electronic music, Jazz improvisation, and smart Rock bands...using these to good effect on this moody and memorable recording."
– Cadence

"Trombonist Brett Sroka, keyboardist Carl Maguire and drummer Shawn Baltazor are all part of a generation for which Autechre and Sigur Ros are as pressing concerns as Armstrong and Sun Ra. That's certainly evident in the band's timbral sophistication, spacey contours and slinky grooves."
– Time Out New York