by Living By Lanterns 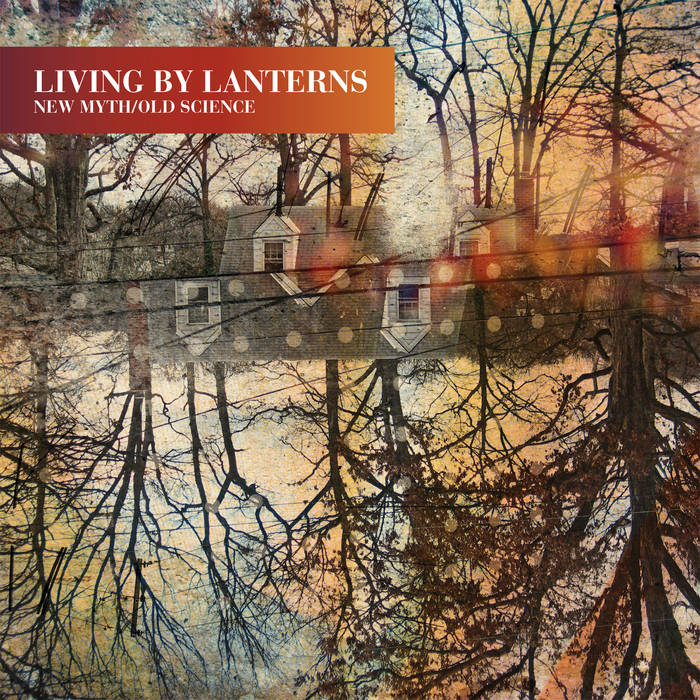 Bob Ross Great concept: the title says it all!

Co-led by Mike Reed and Jason Adasiewicz, two of the fastest-rising young stars of Chicago's insanely vibrant jazz scene, Living by Lanterns was formed specifically to bring together four of Chicago's and four of New York's leading players for a special and unique project concept.

Commissioned by Experimental Sound Studio (ESS), the music was created in response to material contained in ESS’s vast Sun Ra Audio Archive. Rather than a Sun Ra tribute, Reed and Adasiewicz have crafted a melodically rich, harmonically expansive body of themes orchestrated from fragments extracted from a rehearsal tape marked "NY 1961", featuring Ra on electric piano, John Gilmore on tenor sax and flute, and Ronnie Boykins on bass.

The tunes on Old Myth/New Science were written by the co-leaders based on the 1961 tape. That tape contains no compositions per-se, but there are a lot of stream-of-consciousness ideas and some of these ideas were teased out, hugely expanded upon and turned into the pieces heard here.

"The tape is clearly these ideas they’re hashing out,” Adasiewicz says. “Some of this stuff sounds kind of squirrelly. Some is insanely beautiful....it became our personal arrangements."

"After figuring out the band, the first step in the process was to completely dismiss the idea of commenting or honoring Sun Ra," Reed says. "The more interesting idea was of creating new music using someone's unfinished, unwanted and abandoned material."

Reed and Adasiewicz fully considered the possibilities of taking this very unrefined material and teasing out raw ideas, bits and undeveloped fragments from it, and developing and composing them into full compositions that the band perform and make their own. The music is rich and exciting; full and sparse; mysterious and inviting; challenging and tuneful! And what a band!

For Mike Reed, there’s something inherently amusing about assembling such a talent-laden crew to explore music that was discarded by Sun Ra. "We are bringing all these people together to make their mark," Reed says. "That was the premise. With so many leaders in the group and rising stars and collaborators, everybody is trying to make their way through this life. We’re working in the shadows and you have to put a light on."

Composed and arranged by Jason Adasiewicz and Mike Reed based on unpublished compositions and improvisations by Sun Ra.

This project was commissioned by Experimental Sound Studio’s Creative Audio Archive, with generous support from the Gaylord and Dorothy Donnelley Foundation. It is an interpretive commission focused on creative exploration of the archive’s Sun Ra/El Saturn Collection; thanks to Adam Abraham for supporting public access to the collection. www.experimentalsoundstudio.org