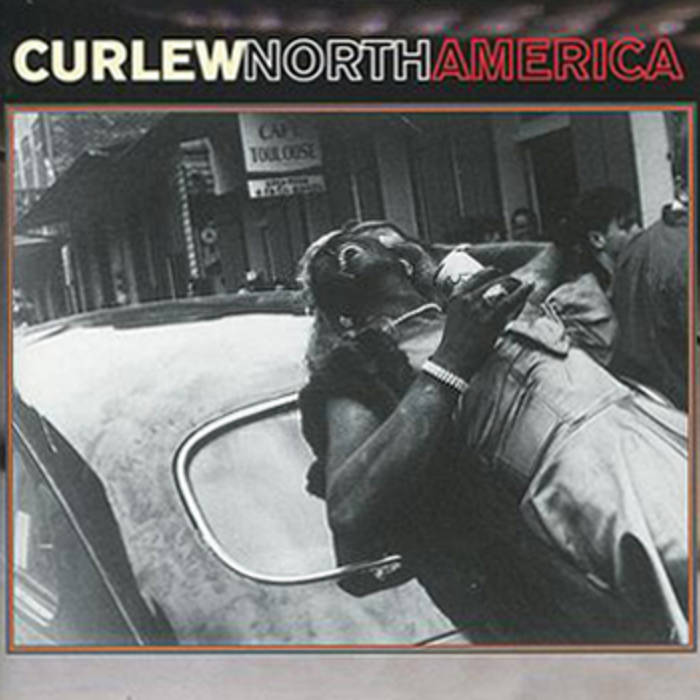 radiofan This is a "Must Have" ! Album. Great Music.

North America reissues Curlew's obscure 2nd album, which was recorded in 1984-85 and originally released only in Germany. It features the band in transition from it's original line-up into the band that helped to define the "Knitting Factory Sound" in the mid/late 1980's, and who the New York Times, called, "the best of the unsigned, genre-busting downtown groups".

North America is an unusual album in the band's oeuvre, as it's their one album that is the most obviously a product of the studio, and it's also their most overtly 'avant-progressive' release.

Like all the band's work, it is a unique synthesis of gritty Southern r 'n' b, harmolodics, finger-popping grooves and the avant-garde. The band who perform on North America is pretty much an all-star ensemble of the emerging 'downtown' scene: Appearing as always are saxist/leader George Cartwright and cellist Tom Cora. Fred Frith appears in the role of bassist (& 2nd guitarist), which might seem a little surprising until one remembers that for many years he held down the bass chair in Naked City. The guitarist is Mark Howell. Drum duties are split between Rick Brown and Pippin Barnett. Pippin would become Curlew's drummer for the next six years.

In addition to the personnel on the original album, there is 30' of never-heard bonus live material included which was recorded a year before the recording of the album, and which features Cartwright, Cora, guitarist Nicky Skopelitis, drummer Anton Fier and bassist Otto Williams.

"Curlew was the epitome of the downtown New York no wave scene in the late '70s and early '80s. They evolved to become a quirkier and more song-oriented band, not unlike NRBQ, but this disc is a different story. North America was their second album, originally recorded in 1984, and features a still aggressive band broadening their sound. The first cut, "Ray," is hot-club harmolodia that showcases leader George Cartwright's sax at its most mellow and squawking at the same time. Butch Morris puts is a cameo trumpet solo over the pulsing "Knee Songs 2." Cartwright's knack for Ornette-isms in his writing and playing is sometimes uncanny. Although his tone is raunchier, he still is playing with a strong blues base. Contributors such as the amazing cellist Tom Cora and Fred Frith (on bass!) provide different dimensions to this version of the band. Even better are the bonus live tracks at the end of the disc, recorded a year earlier. It features a curious line-up of future Material guitarist Nicky Skopelitis and drummer Anton Fier, whose Golden Palominos is a good point of reference. Fier's slamming rock sensibility drives the tunes into funky anarchy. This level of energy would have been amazing to witness in a club. " – Exclaim/David Dacks 2002

"Curlew was always a fascinating group and I was delighted to be involved with it, however briefly. Producing this record was a lot of fun, and I think George and Tom definitely had some composing chemistry going on. They always sounded best when their "Southern" roots were most obvious, and I think that shines through on North America more than ever. Maybe that was the point of the title? Plus I wrote Person to Person for George and it's one of my favorite compositions, and actually the first time I played with the idea of a sax quartet, which proved to be rich territory for me over the years. So I've always had a soft spot for this record!" – Fred Frith