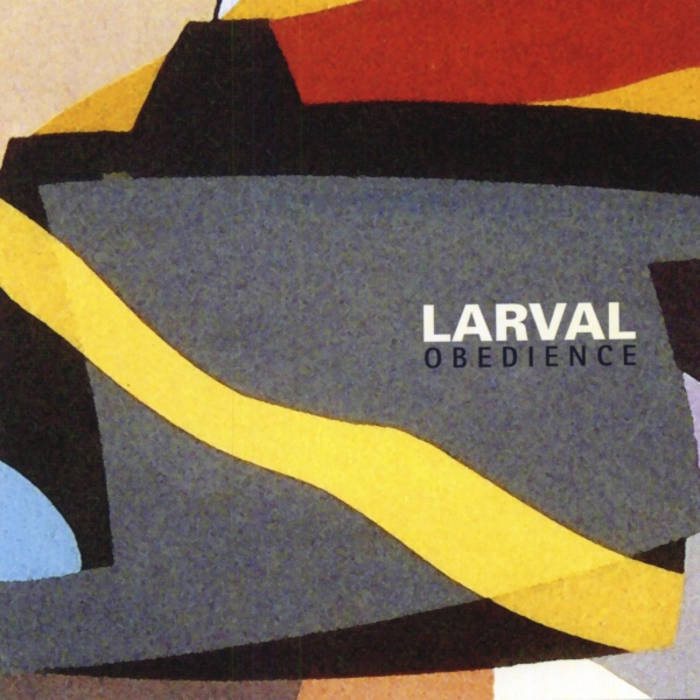 Larval is a avant/ progressive / post-rock instrumental band consisting of an ever changing lineup. Led by composer and guitarist Bill Brovold. Larval's experimental rock often combines wall-of-sound guitars, bass and drums with saxes and strings, for a sound  that is intense, relentless and savagely hypnotic.

The music brings to mind a blending of aspects of Glenn Branca, Godspeed You! Black Emperor, The Necks, King Crimson and more, but all put together in a completely "Larval" fashion.

The band was founded in 1996 after Bill had spent five years performing with experimental /no wave legend Rhys Chatham. The band caught the attention of John Zorn, who released their first album on his "Avant" imprint and proclaimed: “Bill Brovold’s music blows me away… Larval is the shit.”

Blistering in its intensity, relentless in its propulsive rhythms, the music on Obedience is nevertheless disciplined at its core. Brovold’s compositions here encompass a wide spectrum of mood, traveling from quiet, contemplative passages tinged with ominous expectations to driving, aggressive onslaughts of screaming guitars and assorted strings that threaten chaos.

"When they begin to play, several things are immediately apparent. First, the music that the group plays is fairly rigorous in its construction - even its simplest pieces pit strings against guitars in sectional call-and-response punctuated by the horns. Second, the drummer is essentially playing straightforward rock rhythms, infused with that most indefinable of elements. And third, they're loud. Real loud.”
- Music Box