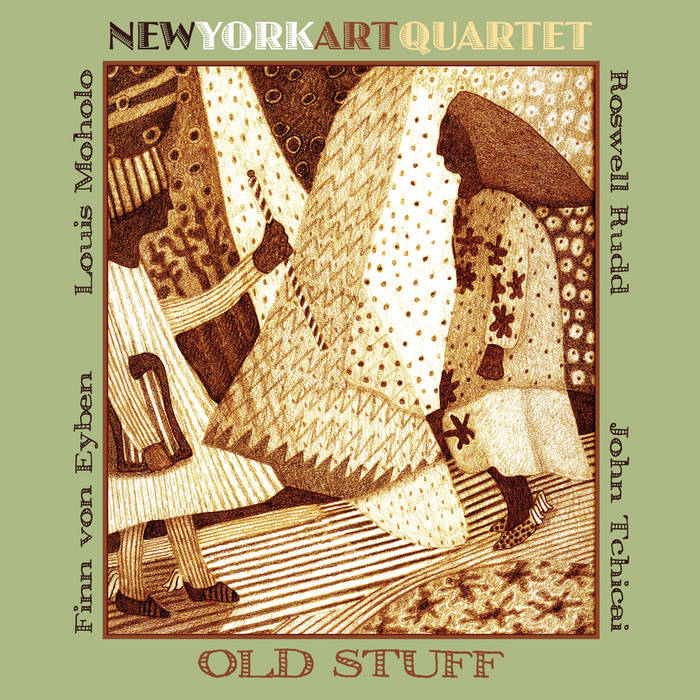 "An absolute gem of an album that is of great historical importance.... Both elemental and sophisticated, this is an invaluable document of an ephemeral outfit – that made a nonetheless invaluable contribution to the cannon of small group jazz, be it mainstream or avant-garde, or the space in between."
– Kevin Le Gendre/Jazzwise, October, 2010.

"The band sharing the bill with Sonic Youth at the Seaport Atrium in lower Manhattan tonight -- the headliners, actually -- will be the New York Art Quartet, a reconvened avant-garde jazz chamber ensemble.... This is no act of charity by Thurston Moore, Sonic Youth's founder and guitarist, and an ardent devotee of 60's free jazz. The show might be one of the Bell Atlantic Jazz Festival's hottest tickets even without Sonic Youth as the opening act, such is the anticipation about the reunion of...the New York Art Quartet.... With the passage of enough time, virtually anything can become a source of nostalgia, apparently including even another era's racial frictions and cutting-edge music. But a double bill of Sonic Youth and the New York Art Quartet has even greater contemporary relevance. It demonstrates the long-term influence of 60's free jazz on extreme forms of rock-and-roll, beginning with punk and no-wave in the late 70's, if not a decade earlier with the Stooges and the MC5 -- a curious phenomenon, given free improvisation's supposedly negligible impact on mainstream jazz.... Collective improvisation was a cherished ideal in early free jazz, but aside from greater parity between horn soloists and their rhythm sections, this was often just talk. For the New York Art Quartet, collective improvisation was a raison d'etre, the band's musical starting point."
– Francis Davis/The New York Times

This release is truly a remarkable archival find! Formed in the summer of 1964, although the New York Art Quartet existed for barely a year and a half, great interest remains in their work. They consisted of co-leaders John Tchicai (alto sax), who participated in John Coltrane’s ground-breaking Ascension album and Roswell Rudd (trombone), considered to be the first free-jazz trombonist, along with bassist Don Moore and drummer Milford Graves. The band participated in the legendary “October Revolution in Jazz”, which journalist Bill Shoemaker called, “Arguably the most seminal jazz concert series ever held...it was a comprehensive four-day survey of jazz's cutting edge.... It marked the beginning of the Golden Era of do-it-yourself jazz culture in the U.S.” The New York Art Quartet recorded their self-titled first album for ESP and Tchicai went back to his homeland of Denmark to scout out work for the group. Only Rudd was able to join him, so the pair enlisted Copenhagen bassist Finn von Eyben and South African drummer Louis Moholo, who had very recently left South Africa with the Blue Notes; this is one of his earliest recordings. This lineup of the New York Art Quartet performed two concerts in Copenhagen in October, 1965, which is where these recordings were made.

Released on the 45th anniversary of the October Revolution, this historic issue features all previously unheard and unreleased recordings of brilliant and firey musical interplay that have really great, high quality, period live sound. In the 8 page booklet are never-before seen photos and a short, informative essay by writer Jason Weiss, who produced this album.

Both concerts were live radio broadcasts.