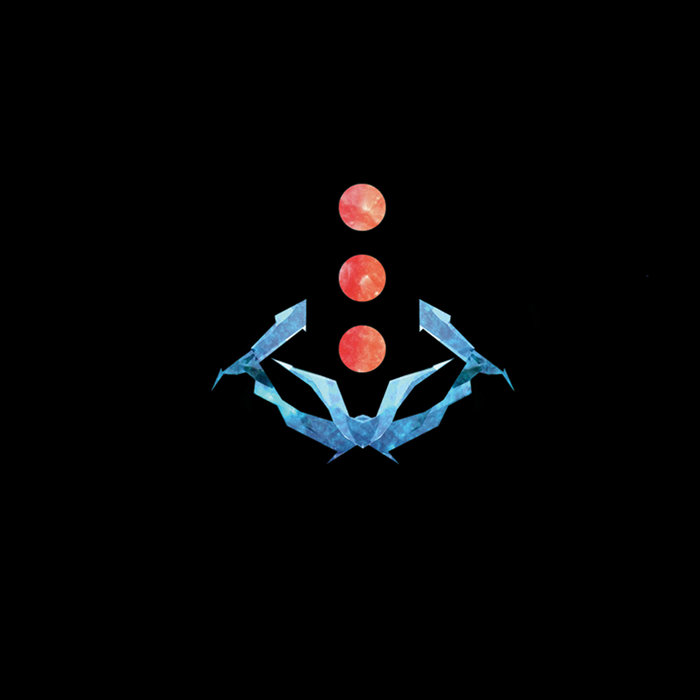 the caribbean protestant . What's not to love ? Jazz and prog rock mixed together in record that makes a listening of this particular project a very exciting rollercoaster ride of twists and turns . A great discovery for me on this site . Favorite track: Concentric Lines.

Following on from the brilliant debut album Road Songs, Android Trio release Other Worlds and it is well worth the wait. Previous single track releases Concentric Lines, Cryptosaur and Take Me all appear here.
I suggested that after Road Songs this album should be called Stay At Home Songs (or Home Thoughts From A Broad Perspective).
If you like this album (and Road Songs) then check out Chamber Music From Hell by Chris Opperman who has featured at Zappanale and has worked with Robert Martin. Favorite track: Concentric Lines.

Max Kutner, Eric Klerks and Andrew Niven, virtuosos all, were all also schooled in playful virtuosity, sprung rhythms, and no-holds-barred experimentation while playing in one or both of two of the great legacy bands of progressive music: The Grandmothers of Invention, who specialize in the reinvention of the Frank Zappa/Mothers of Invention repertoire, and The Magic Band, John “Drumbo” French’s uncannily inspired tribute to the music of his mentor and monster, Don “Captain Beefheart” Van Vliet.

“That’s how we kind of came together. We all sort of crossed paths in Australia for the first time in 2014 when there was a joint tour with the Magic Band and the Grandmothers,” Kutner says. “And, you know, we were all like ‘This is great, but we need to do our own thing.’ We can’t just play in legacy bands; we have to pay homage to the things we like by making our own stuff.”

There is another legacy link here in the presence of co-producer, keyboardist, and guitarist Mike Keneally, who was Zappa’s “stunt soloist” during the late 1980s, as well as a great composer and songwriter in his own right.

“I knew Mike, because we’d premiered one of his orchestral pieces in L.A. in 2011, and I’ve been in close with him ever since,” Kutner says. “And I figured that if there was anybody who would get all of the different references—the reference points for what we’re trying to do—and kick us in the ass to make sure that we were tighter in doing it, it would be Mike.

With Keneally on board as musical guest, band counselor, technical supervisor, and ultimate aesthetic arbiter, Android Trio has made the album they really wanted to make—and Kutner stresses that Other Worlds is an album, in the best and most old-school possible way.

Other Worlds, Android Trio’s second release, is a fully fleshed out compositional statement, with intricate production strategies and an assortment of extraordinary guests.

Ironically, the global pandemic that left the trio unable to meet in the flesh for more than a year also allowed them to make a record that blends grand statements with rhythmic complexity. “Because we weren’t limited by studio costs and all that, we just went hog-wild on overdubs,” the guitarist explains. “So we were able to make an album to a level of excess that’s more like the things we grew up listening to. Kind of like Gentle Giant, or Genesis: this huge sound.”


"The wonderful new album from Android Trio is a thrilliant ride, Max Kutner, Eric Klerks and Andrew Niven, virtuosos all, is serious progressive rock in every sense... I love this, it sounds big, it thinks big, it is big." – The Organ (UK)

"...a magnificent instrument jazz fusion which frequently crosses into progressive rock territory to give a sound rather like King Crimson meets Frank Zappa meets Return To Forever.
The album is a delight with headphones but also great just to sit back and soak in the wonderful atmosphere the band creates and the sonic landscapes they produce with time changes aplenty but never is the album too challenging.
This is music for your ears, head, heart and soul and is so life affirming, intense and vitally alive, pure genius!" – Velvet Thunder