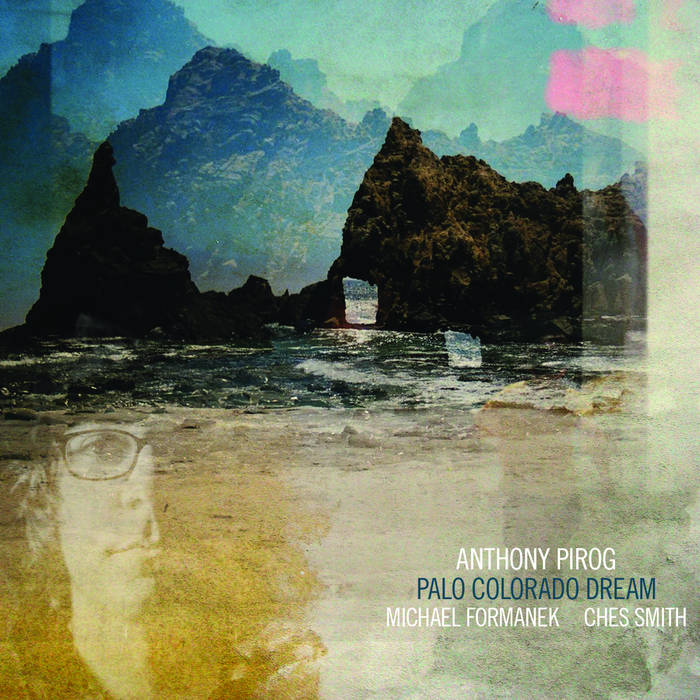 Matt McCabe I don't typically like jazz noodling, but this track is SOMETHING else ENTIRELY different. Love the tension and release in the guitar solo. Favorite track: The New Electric.

Deidre House This kind of reminds me of Pat Metheny's debut album, only it's a bit more rock influenced, more modern, with some avant-garde elements. Despite the stylistic differences, the overall vibes it evokes are quite similar in my opinion- wistful, cerebral, pastoral. Great jazz album.

Washington, D.C.’s jazz and experimental music scenes wouldn’t be quite where they are today without Anthony Pirog. The guitarist, composer and loops magician is a quiet but ubiquitous force on stages around his hometown. With fearsome chops and a keen ear for odd beauty, Pirog has helped expand the possibilities of jazz, rock and experimentalism in a town long known for its straight-ahead tradition.

Palo Colorado Dream—recorded with the all-star trio of Michael Formanek on bass and Ches Smith on drums—is Pirog’s Cuneiform Records debut, and it marks the young innovator’s entrance onto the national stage. The album’s 11 tracks have an immersive depth and understated allure that hold the listener rapt. And they illustrate all the various realms of Pirog’s artistry: the spinning fantasy-scape of his loops and the hard-nosed technical power of his soloing, his patience with a slow build and his knack for moments of fierce catharsis.

“I’ve been playing these songs for years in various ensembles. It was an exciting challenge to make it work in the trio setting,” Pirog says. “Mike and Ches and I didn’t rehearse as a trio before we went into the studio, but I wasn’t worried about that: I knew I’d like what they did. And I knew we’d all be able to move between playing more traditionally over these tunes, and taking it out into new directions.”

Indeed, the album coheres remarkably, working its way into your ear gradually like water seeping into cloth. You’ll hear a vast array of influences on this record—everyone from Sonny Sharrock, Alan Holdsworth and Bill Frisell to contemporary indie experimentalists like Bibio, Daedelus and Godspeed You! Black Emperor. But things never get dizzying or lose track of themselves; Pirog’s meaty, distorted looping and his classical guitar fingerwork are both interpolated cleanly into a holistic vision.

Palo Colorado Dream’s eponymous opener stems from a loops improvisation Pirog played at a solo concert; he listened back to a bootleg, then taught it to himself and re-recorded it. “Minimalist” is a collection of independent musical “cells” that the band plays through multiple times, with varied strategies—it moves from skittering misdirections into head-wagging, dubsteppy groove. “The New Electric” begins with foreboding, open guitar chords, full of tube-amp resonance, and climaxes five minutes later in a swirl of loops, unswerving drumbeats and soaring electric guitar deliverance.

In an enthusiastic New York Times concert review this spring, Ben Ratliff wrote that “Pirog’s electric guitar . . . involves careful chords and explicit, jazz-related harmonies but also and more often a freaky action-painting of effects and textures by means of a dozen or so digital pedals.”

As one-half of the renowned duo Janel & Anthony (just back from a European tour this spring), Pirog is already a proven expert at painting ambient sounds with wide, lush brushstrokes. And as an ambitious bandleader, organizer and conceptualist in D.C., he keeps himself immersed in a range of projects—from solo and small-ensemble work to recent stagings of Terry Riley’s “In C” that have featured over 20 musicians performing the minimalist masterwork.

As a child, Pirog spent time living in Maryland and Carmel Valley, California (hence the Western memories that inspired the album title), but when he was 9 his family settled in a Northern Virginia suburb of D.C. It was there that he dug into his father’s record collection, rich with jazz and blues and doo-wop and surf-rock from the middle of the century, and started fooling around with his dad’s Jaguar. Pirog remembers hearing area guitar heroes Danny Gatton and Roy Buchanan, and being transfixed without understanding why. “Later I realized that I enjoyed the fact that their music was a blend of many styles,” he says. “It was like a country-jazz kind of approach, a blend of popular music till the 1970s. They both had crazy, virtuosic technique, and it felt exciting because it was very close to me.”

Pirog went on to study at Berklee College of Music for two years before transferring to NYU, where he took advantage of the Big Apple’s wide range of musical offerings. Most often, he split time between the Village Vanguard, where he heard jazz shows from the likes of Frisell and Kurt Rosenwinkel, and Tonic, John Zorn’s hotbed of weirdo rock experimentalism. “I was really into the music Zorn was putting out on Tzadik. I saw Marc Ribot, Derek Bailey, Elliott Sharp, a bunch of free improvisers.”

But perhaps the most lasting impression was made by Paul Motian, whose lithe but restrained drumming and perceptive, melodic compositional style inspired “Motian,” track 9 on Palo Colorado Dream. “Some of his songs were just one chord, and there’d be this haunting melody on top of it, and that hit me hard,” Pirog says. “His music can be very emotional, and it can feel simple and beautiful, but when you listen deeply it’s very intelligent and refined. It hits me in a way that Satie does: It can say a lot without doing too much.”

For all his technical prowess and his love of lush layering, the same could be said of Pirog. Palo Colorado Dream is only the first chapter in what will be a fascinating recording career as a leader.

Thank you to Janel Leppin, my beautiful fiancée, for helping me get through this project; Stephen Buono for the great idea; J.K. Dimond; Bob, Jenna and Kenny Pirog for the seemingly endless support; Mike Reina for the great sounds; Steve, Joyce, Javier, Simon, Mark and Amelia at Cuneiform Records for a great many things; Dan Sharnoff for the feedback and friendship; and Mike and Ches for their great playing and willingness to perform my music.

This is an analog recording.