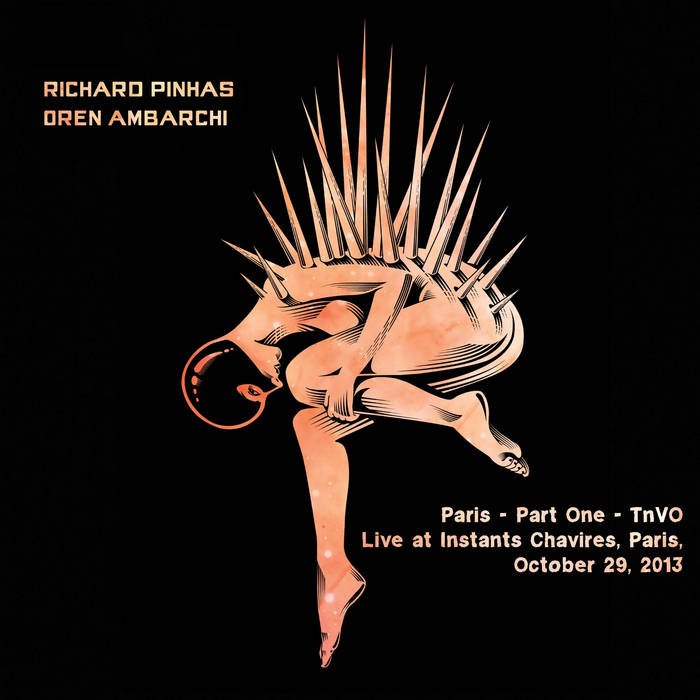 Richard Pinhas, the founder of 70s progressive legends Heldon, is one of the most uncompromising artists on the international rock scene, having remained constantly innovative and true to his personal artistic vision for 40 years and some 35 full length releases.

Oren Ambarchi is a guitarist, drummer and sound-artist who has performed and/or recorded with a huge array of artists, including Fennesz, John Zorn, Jim O'Rourke, Otomo Yoshihide, Evan Parker, Merzbow and others. Since 2004, he has worked with the avant-metal band Sunn O))), contributing to many of their releases and side- projects.

Pinhas and Ambarchi first recorded together when Ambarchi contributed to recordings that were eventually tied together with other contributors into Pinhas' 2013's release Desolation Row. Since that time they have been working on ideas, recordings and concert / live collaborations.

This is a live performance of the duo. It was recorded at Paris' main venue for experimental music, Les Instants Chavires, October 29, 2013.