Parts of the Entirety 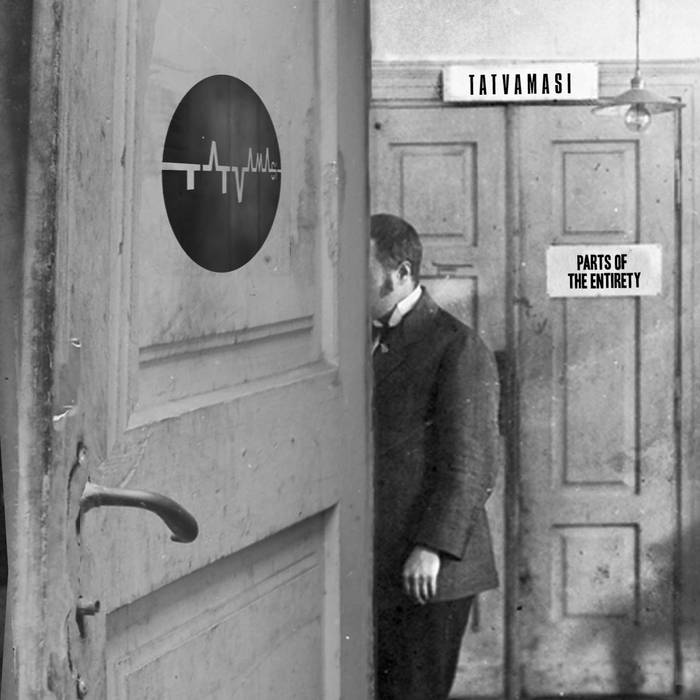 The Execrable Bede My favorite track is actually either "An Eccentric Introvert In a Study Filled With Broken Mirrors" or "Shape Suggestion", but, then, all of the performances, compositions & arrangements on this album are outstanding. Odd that not all tracks are available for selection as "favorite" when the entire album is streamable. Favorite track: Rhubanabarb.

Born out of cataclysm and nurtured in silence and solitude, the music of Tatvamasi reveals hidden depths of the 21st century Polish soul. Inspired by both traditional (Slavic folk music) and avant-garde music (genre-defying NY downtown groups like Curlew), and inflected by jazz, avant and progressive rock, and Delta Blues, Tatvamasi is an extraordinary instrumental ensemble that plays scorching, electric jazz infused with Eastern European rhythms and defined by searing tenor sax riffs, crunching electric guitar, and a loose and sinewy rhythm section tandem of bass and drums. With the quartet’s debut album Parts of The Entirety (Części Całości), released internationally on Cuneiform Records, Tatvamasi opens up new territory, bringing the narrative heft of jazz to the sturdy forms of folk music.

“The compositions are designed to form an invitation to play, to improvise, to compose and to create the world within, the world of imagination,” says guitarist Grzegorz Lesiak, the band’s founder and guiding spirit. “The music awakes thoughts, provokes images. The spirit takes its effect, a violet haze wreaths a mysterious goal of the journey into the wild of thyself.”

The band traces its origins back to a devastating 2003 car crash that left Lesiak hospitalized for many months. In the midst of a thriving career as an experimental folk musician immersed in Polish and Ukrainian (Hutsul and Bojko) roots music, he was an expert acoustic and classical guitarist and specialist on folkloric Eastern European string instruments like the mandola and dutar. While touring the folk circuit tour, he barely survived a crash that claimed the life of beloved fellow musician, cost him some of his hearing, and closed one chapter of his life. Lesiak spent the next decade largely off the scene, reinventing himself musically. But the time he reemerged in 2013, he had constructed a vividly detailed, emotionally probing and spiritually numinous musical world that he christened Tatvamasi.

The name is drawn from a Sanskrit phrase, “tat tvam asi” that means “that thou art,” and reflects the spiritual path that brought him back to life and music. During his decade of musical solitude, Lesiak created the new sound he wanted to pursue entirely in his head. But eventually he felt the call to bring it forth into the world, and availed himself of an electric guitar, wrote out the compositions and recruited a group of friends for Tatvamasi, which features tenor saxophonist/arranger Tomasz Piątek, bassist Łukasz Downar, and drummer Krzysztof Redas (who have honed their combustible rhythm section chemistry in the Klezmaholics).

Brimming with life and incident, his music reflects a remarkable journey. As Lesiak says, “to live, sometimes one must die, just to be reborn once more. I know that this is a kind of madness, to go back to playing after so many years, but it is stronger than me. The music, it just grows in me, and I just cannot hold it inside anymore.”

The album opens with crunching guitar chords, which launch the headlong rush of “Unsettled Cyclists Peloton,” a relentlessly sprinting tune that could serve as the score for a frenzied ritual welcoming the spring. Lesiak’s increasingly distorted guitar coils and snaps, bouncing against bouncing against the bounding rhythm section. Like much of Tatvamasi’s music, it unfolds in a series of discreet sections, with becalmed interludes heightening the tension awaiting the release of the pent up energy. “Collapse of Time” offers a steadily churning soundscape for Piątek’s increasingly agitated tenor, leading to a crescendo with a furious climax.

Not that Tatvamasi is all strum and drang. Opening with an agile game of tag between Lesiak and Downar, “Rhubanabarb” gyres and gimbles in the wabe, with all the mimsy ferocity of a Jabberwocky. At 14 minutes, the album’s longest track “Astroepos,” unveils a deep and abiding beatific streak in Tatvamasi’s music. Built upon a chiming three-note guitar figure, the piece unfolds with the stark sensuality of a desert dawn, gradually increasingly velocity without ever shedding the sense of wide-eyed discovery. The album closes with “Buy 2, Take 3,” a playfully imploring number that builds to an irresistible grooving climax.

Viewed as a whole, Parts of The Entirety is a remarkable debut from a group that draws on a deep and very particular well of influences. “Each musician is a separate, undeniable and original entity,” Lesiak says of his band. “However, when combined they form an inseparable whole. The Slavonic musician stays true to himself and his beliefs, but at the same time he is open-minded and interested in this surrounding world. We look at the world from at different perspective. We break stereotypical perceptions of the world.” Tatvamasi unleashes its unique vision to the world in Parts of The Entirety.

"Tatvamasi's debut album Parts of the Entirety does more than just hold a great deal of promise. Straight out of the gate, they're an awfully convincing act.
Parts of the Entirety deals out all of modern jazz's best traits -- playful performances, major/minor key ambivalence, asymmetric song shapes and the occasional art of the unlikely melody..." – PopMatters

"Admirers of ...groups embracing the jazz-rock and progressive rock genres may find a lot to get revved up about with the Polish quartet, Tatvamasi. No doubt, it's an aggressive unit, armed with a vibrant demeanor as they tread across the jazz and rock terrains with polyrhythmic grooves, accentuated by the frontline's high-impact mode of delivery.
The musicians' agility amid a throng of sub-motifs and variable pulses are often framed on complex unison choruses, rapidly executed paradigm shifts and a few episodic passages where tenor saxophonist Tomasz Piqtek skirts the free-jazz schema." – AllAbout Jazz

All compositions by Grzegorz Lesiak.
Arrangements by Tatvamasi.