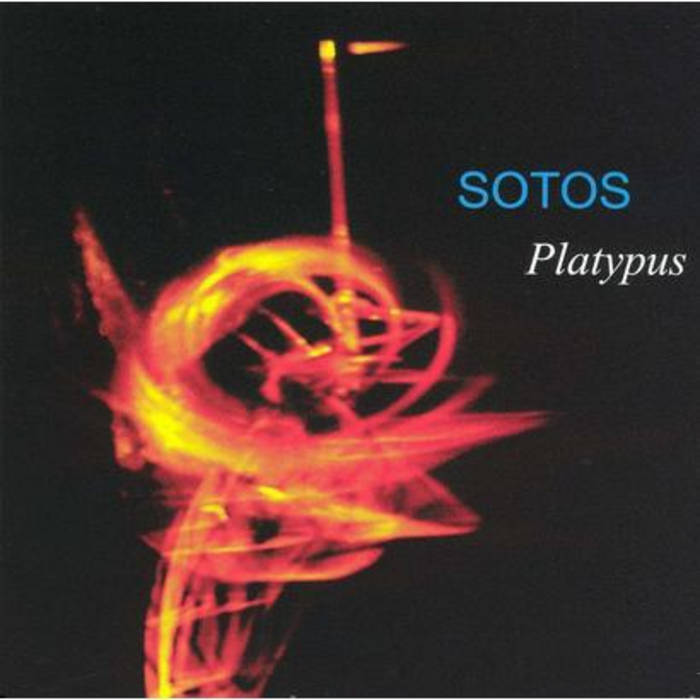 Nick Bradey Interesting instrumental music - of the highest quality. Shades of King Crimson and NeBelNest , but with its own distinct identity.No single best track - listen to the whole performance. Favorite track: Wu.

Platypus is the second album by this instrumental chamber rock/zeuhl/R.I.O. ensemble from Bordeaux, France. Sotos was formed in January of 1996. From the beginning the line up has been the same five young musicians on guitar, violin, cello, bass and drums, all of whom were students at the French National School of Music when they formed the group.
In 1999, they recorded their first album which was released on the French Gazul label and which met with strong acclaim.
Platypus was recorded by the noted engineer Bob Drake, who has done fine work for 5uu's, NeBeLNeST, The Science Group, Thinking Plague and others, and the nicely recorded and balanced sound allows you to hear all the strong nuances of this rich and complex music.
There is so much good work that is left to be done in this field of music, and so few people working in this vein, that Platypus is sure to be a best of the year release to fans of Bela Bartok, Doctor Nerve, King Crimson, Magma, Igor Stravinsky, Univers Zero, Zypressen and other contemporary composers and ensembles.

"Sotos, a French group with one previous album under their belt, embodies what good, inventive musicians can do best with the heritage of King Crimson, Magma, and Univers Zero. The two long chamber rock pieces presented on Platypus show strong influences from these mammoths, but also from fellow countrymen Philarmonie (in guitarist Yan Hazera's playing) and Nebelnest (in the prominent role the rhythm section plays). Bruno Camiade's seven-part "Malstrøm" explores every possible mood between hyperactive avant-prog à la Miriodor or 5uu's and the quieter passages in Univers Zero's first albums. The writing is precise and surprisingly concise considering the duration of the piece (41 minutes). It is simply packed with ideas. If the relation between some of the themes and sections is not always as clear as it should be, sheer excitement fills up the holes. Yan Hazera's 28-minute "Wu" is a completely different affair. Leaving the quintet's string section (violinist Nicolas Cazaux and cellist Nadia Leclerc) in the back row for most of its duration, the piece builds up into a frenzied momentum, screaming its way between '90s King Crimson and You-era Gong. If the piece had ended after 22 minutes, it would have left all listeners breathless. The looser catharsis and reprise attenuate its impact, but that's being finicky about a very convincing album....Highly recommended." – AllMusic