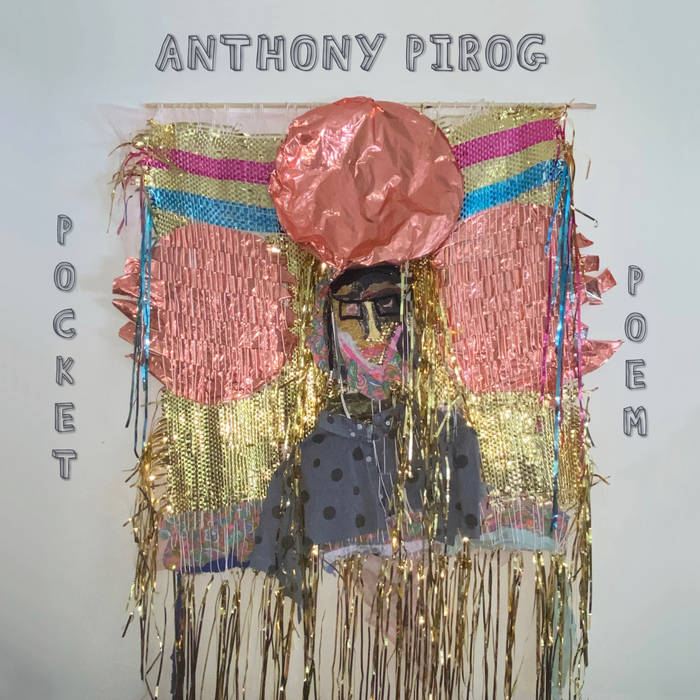 “[Pocket Poem] is AAA+++
Best guitar album of the year so far; he did everything right.
I am super impressed.” – Henry Kaiser

“Anthony Pirog’s work is otherworldly – feverish in its delivery and interstellar in its complexity – but his feet have long been planted on the ground in Washington DC. When he was a kid he soaked up the city’s music, studying Danny Gatton and blues transplant Roy Buchanan… But what’s the most DC thing a DC musician can do? Well, they could start a band with members of Fugazi. That would do it...” – Guitar.com

“So this is what all the fuss is about…[regarding] Anthony Pirog's status as a Washington, D.C. area guitar god…and for all his technical prowess, Pirog possesses a skilled composer's knack for memorable themes and melodies.” – Dave Lynch / AllMusic

"Interestingly, Pirog, who studied jazz guitar at Berklee and NYU, doesn’t play much actual jazz here. Instead, he explores folk and psychedelia, drawing on the sounds of the sixties, but reinterpreting them firmly for the twenty-first century. He does this in part with the use of guitar synthesizers, but rather than put them up front in the style of Pat Metheny or Allan Holdsworth, he uses them for texture to his acoustic and electric guitar melodies. “Honeymoon Room” and “Adonna the Painter” both make good use of ethereal atmospherics generated by the guitar synths, putting a lush context around his improvisatory picking. (It should be noted that Pirog follows through on the implied promise of the album title title – only these and two other tracks break four minutes, with the rest under three, most of them under two.) He does bring a Methenyesque horn line to the floating “Mori Point,” which would sound at home on the ECM label. He also shows off a love of British folk on “Sitting Under Stars,” EDM groove on “Part and Particle,” and full-on cosmic electronica on “Beecher.”

Pirog rocks out only once, in opening cut “Dog Daze,” preferring to stick to keenly crafted aural watercolors. Clearly, variety is his watchword here, as he ambles down various six-string paths and ignores the obvious roads his C.V. might indicate. All the better, as a well-rounded Pocket Poem makes for an engaging, sometimes engrossing, spin." – Michael Toland / The Big Takeover

While it might confound those fixated with an artist’s niche in the marketplace, guitarist Anthony Pirog knows little of stylistic limitations—in point of fact, Pirog’s latest opus brings to mind the beloved Duke Ellington adage: Beyond category. Initially based in jazz, Pirog’s seeming objective is to be a “category” unto himself, embracing not only jazz but avant-garde and indie rock, free improvisation, electronic sound, and ambient soundscapes. His latest, Pocket Poem, is in a zone where stylistic “handles” matter little but the idea of music is vibrant, expansive, and kaleidoscopic.

Pirog has established himself engaging in genre-blurring activities in the disparate veins of indie rock, rockabilly, avant-folk, creative jazz, free improvisation, electronica, and ambient soundscapes. His work as one-half of the duo Janel & Anthony made him a fixture of the DC experimental scene for the last dozen years, and since their 2012 release, Where Is Home on Cuneiform, Anthony has been featured on several releases for the label, which showcase his multi-faceted talents including the electric jazz improvisational Five Times Surprise and the classic DC-scene inspired Music From The Anacostia Delta. His first solo opus for the label, 2015’s Palo Colorado Dream, featured backing by the same musicians on Pocket Poem: acoustic bassist Michael Formanek and drummer Ches Smith. With these two gents in tow, on Pocket Poem, Anthony designs a stylistic matrix where limits melt, genres meld, where seeming barriers shimmer and happily dissipate, engendering a both fascinating and satisfying audio journey.

Also well worth noting is his virtuosic and exciting trio Messthetics, with Brendan Canty and Joe Lally, who were the rhythmic axis for Fugazi, a band that redefined what “hardcore” and “punk rock” could and would be. Messthetics are a combination that could and would blur and redefine what could happen when musical minds harness seemingly disparate approaches and take them to new and heady heights. With this ensemble, Anthony’s work very quickly reached a new and much larger audience and the last four years saw him touring all over the world!

Even based on all that he’s done up to now, the music found on Pocket Poem might confound those in charge of marketing and ‘where-to-file’ in music cataloging, but for those looking for fresh vistas and genre-shredding challenges, Pocket Poem is a treat ‘beyond category’.

----- -----
Speaking of Pocket Poem, Anthony made the following observations about what the album and its process meant to him:

“I loved working with Mike and Ches on Palo Colorado Dream and was very excited to do more with them. I’m a huge fan of their work and their playing is very inspiring to me. This collection of pieces is focused on shorter statements that don’t rely on extended “blowing sections”.

My aim was to explore succinct harmonic and melodic movements that would collectively weave a narrative and arc together.
I wanted to layer the compositions with sounds created using modern technology and vintage guitar synthesizers. The use of guitar synths by John Abercrombie and Allan Holdsworth is very interesting to me and I wanted to explore the timbral possibilities available using these instruments in the recording process. I love synthesizers and being able to control them with my guitar as a production tool is extremely exciting.

Mike and Ches came down from New York and Baltimore and we recorded with Mike Reina at The Brink in Centreville, VA. Mike Reina is the best engineer I have ever worked with and the sounds he gets are incredible.”

All compositions by Anthony Pirog.