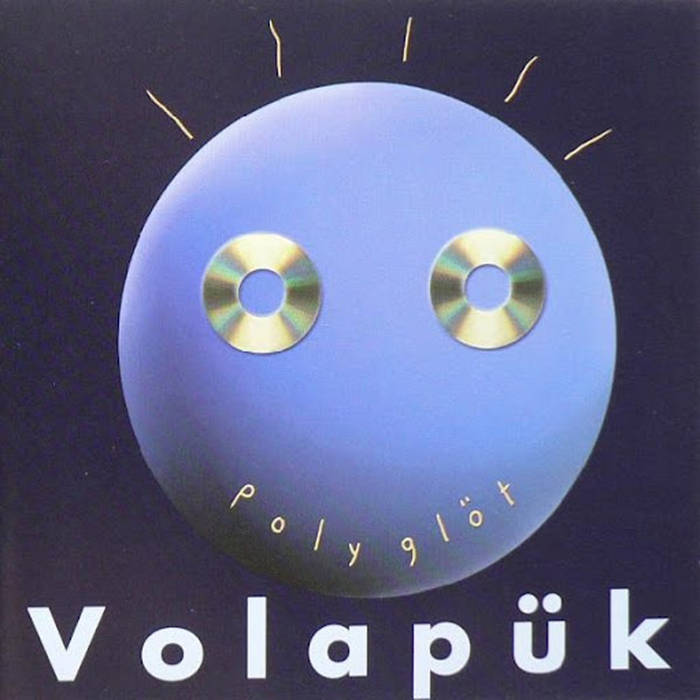 Polyglöt finds them refining their immediately identifiable sound. In addition to the usual contributions from Guigou Chenevier-drums, electronics, Michel Mandel-clarinets, taragot, & Guillaume Saurel-cello, ex-After Dinner violinist Takumi Fukushima appears as a guest on most of the record, & her contributions fill out & extend their already marvelous sound. The usual great melodies & catchy intricate rhythms abound as well. Included is Voilà Pük, a tune written for them by Lars Hollmer.


"Polyglöt, the third Cuneiform Records release by Volapük, preserves the lively energy of the French ensemble's previous recordings and introduces new levels of depth and nuance. Volapük sounds like a cutting-edge gypsy band throughout much of Polyglöt, drawing heavily from Eastern European folk styles and simultaneously carrying forward the progressive sensibilities of the 1970s "Rock in Opposition" movement.
The band also moves toward modern classical music of the minimalist school, while always retaining a folkish warmth and accessibility. Volapük's core trio are joined on the CD by Takumi Fukushima, a violinist previously in the alternative pop band After Dinner.
As an added bonus, Swedish accordionist and composer Lars Hollmer of Accordion Tribe, Looping Home Orchestra, and Samla Mammas Manna contributes "Voilapük," a tango-inspired piece on which he also performs accordion, harmonium, and melodica (overdubbed in Sweden and merged with a Guigou Chenevier/Michel Mandel rhythm track recorded in France).
Mandel is wonderful on a bevy of clarinets and even plays the exotic Hungarian tarogato on one short tune, "Sanza." Throughout much of Polyglöt, Mandel pushes Volapük along with his deep, rumbling bass clarinet tone, contributing greatly to the band's unique sound.
Cellist Guillaume Saurel often assumes the role of fiery soloist, as on the opening track "Vieux Futur." His playing is much indebted to the late Tom Cora, whose rough textures and expressive phrasing firmly established the cello in the world of avant rock, folk, and creative improvisation, far outside the traditions of the classical conservatory.
Chenevier has always been at the helm of Volapük, and on this recording his growth as a bandleader is particularly evident. Chenevier's precise, rock-based drumming remains prominent but he also displays the confidence to step back and allow a shift in focus to other instruments in the group.
Unlike some of the more famous progressive groups, Guigou Chenevier and his bandmates seem to realize that Volapük can best enhance the depth and sophistication of its music through greater subtlety rather than heavier doses of bombast and bluster. It's a step in the right direction." – AllMusic