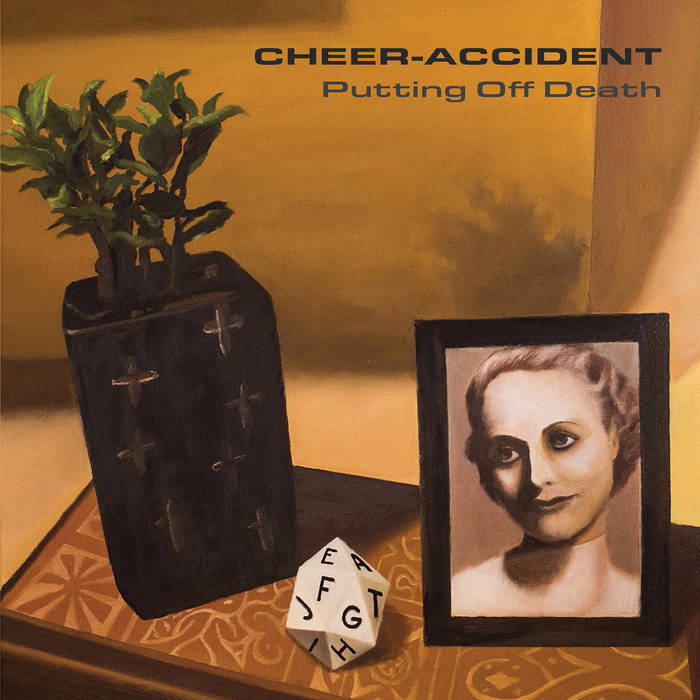 Carsten Pieper Another great Cuneiform weekend special I couldn't let pass!
I'm totally with what wafiii wrote: How did I manage to not notice this singular project before? Prog/RIO work unusual/interesting arrangements but also with many catchy hooks/melodies. Favorite track: More And Less.

Louis Jagger A brilliant and beautiful distillation of this band's manifold strengths. Final two tracks are as good a closing couplet as I've heard in a long time. Can't pick either for favourite track - let's say it's both. Rest of the album is great too!

wafiii I don't know how I've put off knowing this band for so long but finally I am here and I am in the fold! These artists are geniuses: avant/RIO musicians who create interesting, melodic, and engaging very engaging music while still definitely in contrast or defiance of mainstream rock and even prog. I will even go so far as to proclaim it a crime for any person, old or young, who calls themselves a fan of progressive rock music to not like the music of this band! Favorite track: Hymn.

"After three decades, many long-running acts have long run out of ideas. Cheer-Accident...sounds like a band that’s barely dug into its...ingenuity and daring." – Something Else!

Bands, like the human beings that comprise them, are mortal. Against all the odds, in the face of an unstable record industry that never embraced their restless experimentation, Chicago avant-rock pioneers CHEER-ACCIDENT have survived to release their 18th album, Putting Off Death. More than 30 years after first joining forces, fellow eclecticists Thymme Jones and Jeff Libersher have faced down the inevitable and returned with a new set of songs that’s as unpredictable, exploratory and viscerally compelling as anything they’ve released over the course of their erratically evolving career. The music is action packed and filled to the brim with living, breathing humanity. The band’s continuing hunger bleeds through in the music’s immediacy. As Jones says, "There's still something to prove."

The band’s third release for Cuneiform follows in the elusive, meandering trajectory of their earlier work, which is always instantly identifiable if never quite definable. They’ve managed to conjure a unique collage of intricate prog, lush pop and experimental noise, drawing on hugely disparate influences without ever settling on a sound that could be definitively traced to any of them in isolation. Meaning that they always did and continue to, sound like no one but themselves.

Following their previous release, No Ifs, Ands or Dogs, after a gap of six years, Putting Off Death is on the one hand simply an assertion that "We’re still here" from a band that never expected to be. CHEER-ACCIDENT continues to make vital, adventurous music after three decades despite - or maybe because of? - a revolving cast of collaborators (more than a dozen musicians are featured), and a notoriety in uneasy balance with an accompanying obscurity.

In the unusually long span since the band’s last release, the music industry has undergone seismic changes, which led CHEER-ACCIDENT to question whether traditional albums were still the ideal platform for their music. In the meantime, they continued to write music until the seven songs that make up Putting Off Death revealed their thematic and musical coherence and virtually demanded to become an album.

Listening to the singular blend of invention and accessibility, challenge and chemistry throughout the new album, another meaning for Putting Off Death emerges. Complacency can be its own kind of death, one that CHEER-ACCIDENT defiantly laughs in the face of. Jones and Libersher have adhered to the forward-thinking definition of the term "progressive" while subverting and diverting from the genre with cleverness and abandon.

"Back when [progressive rock] first excited me," Jones says, "there were a lot of questions being asked, and I like music that asks questions rather than just feeding people predigested styles like it was created in a lab. Even if something is musically complex, I need there to be a lot of humanity in it."

As Jones suggested, these are songs that ask questions, ones that can only be answered in the mindspace of the receiver. Putting Off Death, he says, is "not a complete thought. It's a question awaiting an answer. It requires an audience with which to interface. Others' ears and minds are required to complete the story."