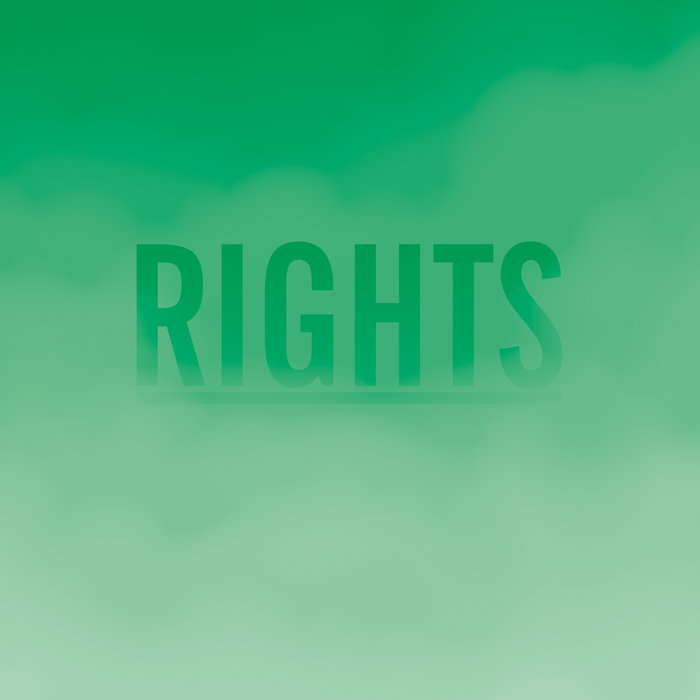 Clarity. Attitude. Skill. These really aren’t qualities that define our present time. All too often, our ephemeral reality finds itself reflected in a jittery retro-music that sucks its data from the Cloud – that atomised archive accessible to all. Schnellertollermeier’s fourth album, to be released October 2017 by Cuneiform Records, is their reply to all this: Rights, and it offers ample demonstration of their own clarity and ability. Rights comprises four pieces, every one of them inscribed with radicalism. Each is built on just a few ideas and develops out of them until it sounds like a Cubist work of art that seems to gaze out from the most varied of perspectives, but always in the same direction. This is the key to the immense depth and beauty of this album. Apart from the fact that it simply blows you away.

Schnellertollermeier still has its original line-up: Andi Schnellmann (bass), Manuel Troller (guitar) and David Meier (drums). These three musicians attended jazz schools in Switzerland and Scandinavia and have been working together as a band for more than ten years. And although they today live in different towns in Switzerland, their collaboration is even more intense than in their early years. After Holz (2008) and Zorn einen ehmer üttert stem!! (2010) it was above all their third album, X (2015), their first release on Cuneiform, that took the band onto a different level, both in compositional and career terms. Whereas Schnellertollermeier had until then played some 20 concerts per year, today it’s 40. X was named one of the 12 most important records of the year by the Wall Street Journal, and the trio went on tour in the USA, Great Britain, Russia and the rest of Europe.

You could say that Rights is the result of this process of consolidation. Schnellertollermeier has an immense presence – that’s the first thing you notice. Initially, you only hear concise, repetitive patterns, but you can already feel their powerful energy while performing, their will to play out and not to yield to any ceremonial, reductionist modes. The pressure is high, their concentration levels too, and their energy levels aren’t a sudden spasm but a prerequisite. This music is complex, but never so much so that the band couldn’t play it with something in reserve. That keeps their music open and free – for themselves, and also for those who hear it. Schnellertollermeier is never brash. They regulate the intensity of their sound with the highly controlled nuances of a precision engineer handling thumbscrews. They never discharge an impertinent punch – instead it’s outstretched, held out, and offered up.

This new album was made in 2016 during the band’s residency at the cultural centre “Südpol” in Lucerne. Schnellertollermeier composed and rehearsed in the different rooms of the house, and presented their interim results in a series of concerts. They sketched out their material, adapted it, took it apart, and blew it up. This was an intentional dissolution of all boundaries for purposes of concentration. The stress test of playing these pieces live helped to make them better: not because Schnellmann, Troller and Meier paid particular attention to what people said after their performances, but because they themselves noticed on stage where the new tracks felt good and where they didn’t. Thus the four pieces on Rights developed over five months and eight concerts before they were all recorded on the spot. Two or three finished tracks were dropped; what remained was “Rights”, the title piece, “Piccadilly Sources”, “Praise/Eleven” and “Round” – four pieces ranging in length between 6 minutes 58 seconds, and 13 minutes 20 seconds.

If we compare Rights with the earlier albums by Schnellertollermeier, it is immediately apparent how little it sounds like improvised music or “jazz”. In others of their many bands, Schnellmann, Troller and Meier still regularly play that kind of music with abandon. But here, we detect their expertise in jazz and improvisation primarily in how they take a rock riff in “Piccadilly Sources” and twist and turn it around, or how, in “Praise/Eleven”, these three musicians turn high, diaphanous sounds into filigree sculptures like freely hovering mobiles. Then there are times when the band sounds like a classic power-rock trio – but one that’s not merely a platform to showcase three soloists. No, Schnellertollermeier is a morphing organism. There are no solos here, no show-offs, for their sound remains that of a straight-up-and-down band. They move through minimal patterns and ambient zones, they build up into brutal rock and arrive more than once on the dance floor with a kind of nimble, danceable headbanger music.

It is astonishing how natural it all sounds. How little Schnellertollermeier’s music sounds like crossover music or some other mind game. This is not least because the band constructs each of its pieces from the bottom up, using one or two clearly defined motives that remain throughout and leave their mark on the piece. Every note has a function, every element is the prerequisite for the next. These pieces are long, but they aren’t suites. Instead, the band members asked themselves: what form will emerge if we take a single idea, think it through consistently, and play it? The electric sound of the guitar has already been composed “into” these electronic textures right from the start. Brutal backbeats rise up out of the serial structure and are expanded and radicalised by the band. Riffs push the tracks over the edge, but then open up for drones and overtone concerts; then they draw themselves in again and push the piece onto the next level. Whoever thought that rock was as dead as a dinosaur will here experience the birth of a highly alert, viable new species.

This works because Schnellmann, Troller and Meier are not jazz musicians simply kowtowing before rock music and refining it. They belong to a generation that grew up with grunge, hip-hop and electronic club music, and they learnt it all by osmosis. Whoever personally knows these three musicians has probably gotten to know them at someone else’s concert – in the bar during a performance of a singer-songwriter or at an improvisers’ retreat, at a big indie event or at a club night – or at a dance performance where you chat afterwards about the impact of rhythms and repetition. If Schnellertollermeier is able to hold its own at jazz festivals from Willisau to Moers and Cheltenham as well as in rock and metal clubs or at a festival of contemporary music, then it’s because they know what they’re playing. They know it, and they believe in it. You can call this clarity; or you can call it skill. Or attitude.