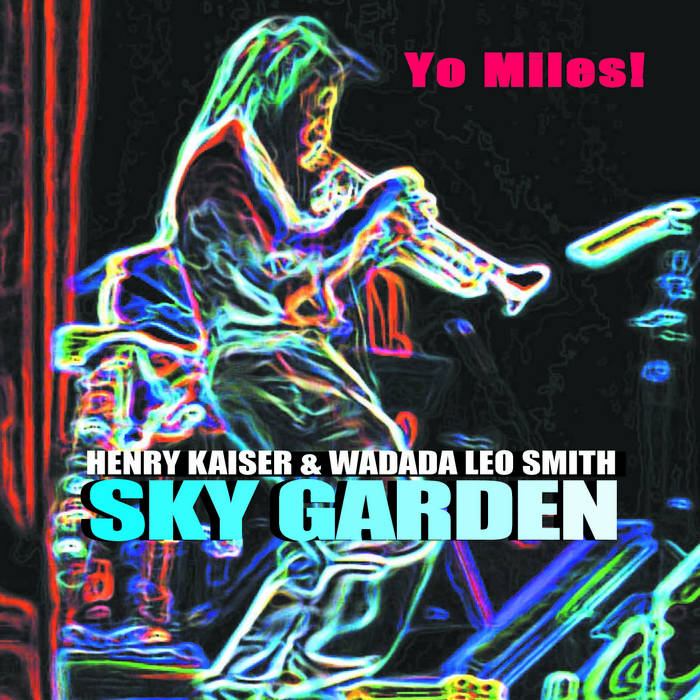 bartel hulst Can't believe this album is in so few collections here on bandcamp. One of the greatest fusion albums i've heard! (also the other albums of Yo Miles!) Favorite track: Great Expectations.

Among the giants enthroned in jazz’s pantheon, no one made as big, as broad, as bad-boy brazen of an impact on popular music in many manifestations – jazz, rock and improvisation - as Miles Davis. At the same time, he pioneered new routes for rock.

The innovations Davis made in both jazz and rock spawned immediate followers in his time, and continue to infuse and energize the music of today. But even during the revival that began in the 1990s, "… only one band has had the courage to throw itself full bore into the thorniest Davis era, the mid-'70s years when he created a dark, dangerous, haunting, ecstatically wondrous body of music that no one has ever attempted to duplicate." (San Francisco Chronicle).

That band is Yo Miles! Yo Miles! was formed in 1998 by co-leaders Henry Kaiser and Wadada Leo Smith to explore, expound and expand on Davis’ mid-70s electric music. For Sky Garden, Yo Miles!’s 2nd recording and 1st release on Cuneiform, Kaiser and Smith have assembled an all-star cast culled from both the jazz and rock communities.

This set is about equally split between Miles' compositions and original compositions in the electric Miles style.

"A sprawling blowout that should convert open minds on a quest for freeform funk with a pulse as well as brains...The covers of Davis' riffs are at once dangerous and respectful, but the standout tracks are the new compositions, including Smith's atmospheric "Miles Star" and the reckless, expansive "Shinjuku"
– Bret Saunders, Denver Post

"Highlights are numerous. Only one of the 11 tracks is shorter than six minutes, and seven of the 11 are longer than ten minutes, and yet there isn't any wasted space. The playing is incredible from start to finish, and the recording quality is superb. Sky Garden is not an attempt to simply imitate the classic sounds of decades past; this is music that is vital and alive thanks to these top-notch improvisers. Anyone into Miles Davis' early-'70s legacy or folks wondering if there's any worthwhile, non-flaccid jazz fusion is urged to check out this band. They're hot."
– AllMusic