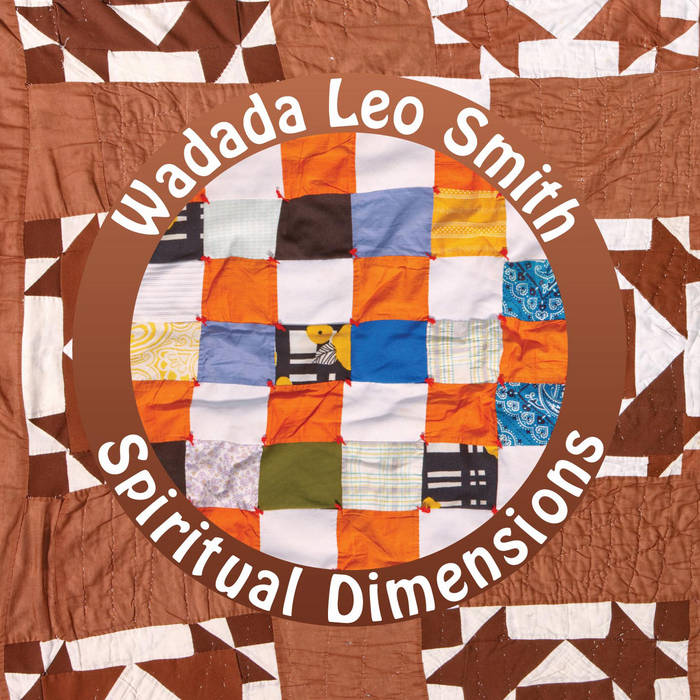 "...a welcome reminder of Smith's continued importance in the continuum of creative improvised music."
– All About Jazz

"...not only as inventive and adventurous as he was when he was a younger player, but his creativity and ability to direct a band into new territory is actually farther reaching than ever before. This is brilliant work."
– All Music Guide

Spiritual Dimensions is a double album that features two very special groups, both filled with truly great and legendary musicians! Both discs were recorded live to capture the energy and spirit that Smith's shows have.

The first album is by his Golden Quintet. This disc is a modern/avant jazz release that has some distinctive electric touches and features many of the hallmarks of Wadada's work; space, depth, melody and abstraction:
Wadada Leo Smith – trumpet
Vijay Iyer – piano, synthesizer
John Lindberg – bass
Pheeroan AkLaff – drums
Don Moye – drums

The easiest comparison between the albums can be drawn by listening to the two different versions of the composition South Central L.A. Kulture, which appears at the last track by the Golden Quintet and as the first track by Organic; its inclusion here in two versions is a good example of how Smith’s compositions can mutate to embrace new settings.