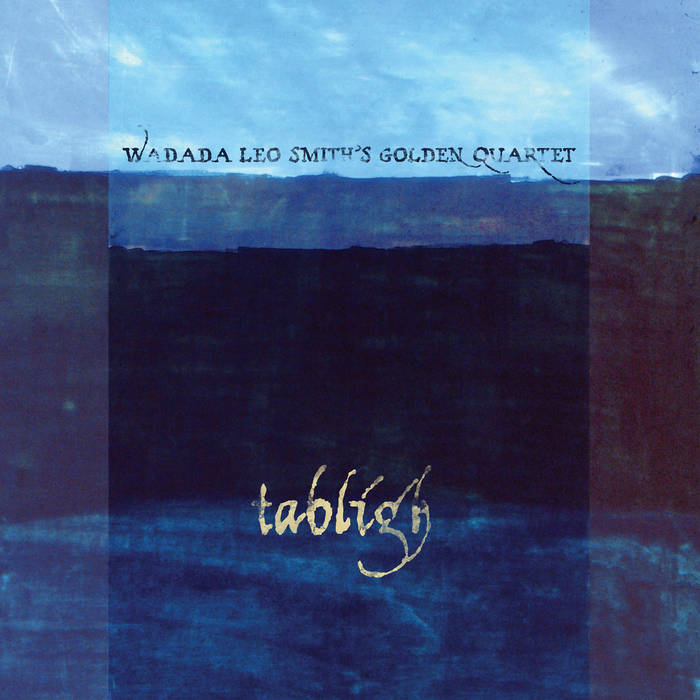 Cosmographer Mind blowing recording, this one. Shannon Jackson's performance on the set is nothing short of historical. You have to hear it to believe it! Favorite track: Rosa Parks.

This is the third album by Wadada’s all-star Golden Quartet. Recorded live, the sound on Tabligh veers from a sound akin to early electric jazz ala "In A Silent Way" and especially 'the lost quintet' of Miles in late 1969/early 1970, to both more sparse and modern jazz fare, all of it informed by the distinctive personalities of these four players and their leader's musical concepts.

Wadada Leo Smith is a well-respected trumpeter and composer working in avant-garde jazz and improvisation. He was an early member of Chicago’s legendary AACM, joining in 1967 and co-founded the Creative Construction Company, a trio with Leroy Jenkins and Anthony Braxton in the late 60s. In 1971 Smith formed his own label, Kabell, for whom he recorded a number of albums considered classics of their kind.

He is currently a professor of Music at the California Institute of the Arts, and is the director of the MFA program in African American Improvisation. Smith has studied a variety of music cultures (African, Japanese, Indonesian, European and American) and has developed a music theory, and a notation system to fully express this music which he calls "Ankhrasmation". He has been a major force in contemporary jazz for over 40 years and performs frequently throughout the world.

We first worked with Wadada when we released the two "Yo Miles" albums, of which he was co-leader, and we both enjoyed working together so much that we decided to work together again on one of his own works.

"Smith is working at his highest level since the mid '70s. This quartet - with its combination of maturity, craftsmanship, and sense of adventure - is the perfect band to realize Smith's deepening vision."
– Ed Hazell, Boston Globe

"Trumpeter Wadada Leo Smith remains as ambitious and creative as ever. Smith's Golden Quartet was formed -- and its membership has shifted -- to foster a particular kind of dynamic musical engagement. For this date, recorded at the RedCat (sic) in Los Angeles, Smith called upon the talents of pianist and keyboardist Vijay Iyer, bassist John Lindberg, and drummer Shannon Jackson. The set is comprised of four long pieces that run from eight-and-a-half minutes to over 24. "Rosa Parks," a 16-minute piece, opens the CD. It reflects the ongoing influence of Miles Davis' electric work on Smith. A lone trumpet is heard at the outset, sparse, single-note phrases played with great restraint, but muscularity too. Iyer's Fender Rhodes enters very slowly and skeletally at first, coloring Smith's lines only slightly. His synth provides a "breathing" atmospheric sound under the Rhodes. Jackson enters with cymbals with Lindberg playing arco. The halting, evolving melody begins to change shape a few minutes in and the band comes together behind Jackson's shimmering yet propulsive beat. They engage as an ensemble from the jump, wah-wah pedals on the bass, the more strident pronouncements of the Rhodes and the dancing trapkit create a palette for Smith to enter and play off of, winding them around him and his trademark phrasing playing through them. The piece ends in a complete different place than it began. "DeJohnette," named for the drummer (a founding member of this band) comes at improvisation from a different angle. Iyer is on grand piano, and of course Jackson laying down beats, breaks, and stuttering stops and angles for the band to play off of. He is a consummate rhythm master. The pianist and Lindberg engage freely in improvisation-building intensity before Smith enters at about the four-minute mark, blowing hard.

This is intense listening music: phrases fly simultaneously from one player to another, all picked up in tandem almost instinctively as they flow as a unit off the bandstand. By contrast, "Caravan of Winter" feels almost like a mirror image piece as it flows directly out of "DeJohnette," though the tempo is slower and the engagement a little more sparse. Its Spanish flamenco and Asian overtones are delightful even as the piece itself is moody and somewhat angular. Finally, the title track, which is defined as "the work done by Muslims to call others to Allah" -- and the longest cut here -- comes off more as a suite than a single tune. Like "Rosa Parks," it begins with glimmering, nocturnal sounds from Iyer's various keyboards. Smith uses a mute for large swathes of this, and it seems he is offering a ballad, but that's deceptive. In fact, as his trumpet enters, it is almost like the sound of a Muzzein calling the faithful to prayer. Iyer switches to piano at about seven minutes, and the rest of the band enters in force. The work becomes a powerful improvisation with Lindberg and Jackson powering the band right out front, as Smith and Iyer color their rhythmic interaction. Dynamics shift and shape the sense of time and space with in the tune, and it finishes almost as a lullaby. Smith, in his sixties, is not only as inventive and adventurous as he was when he was a younger player, but his creativity and ability to direct a band into new territory is actually farther reaching than ever before. This is brilliant work."
– Thom Jurek / AllMusic

Recorded live at RedCat in Los Angeles, CA at the CalArts Creative Music Festival in 2005.