by Alec K. Redfearn & The Eyesores 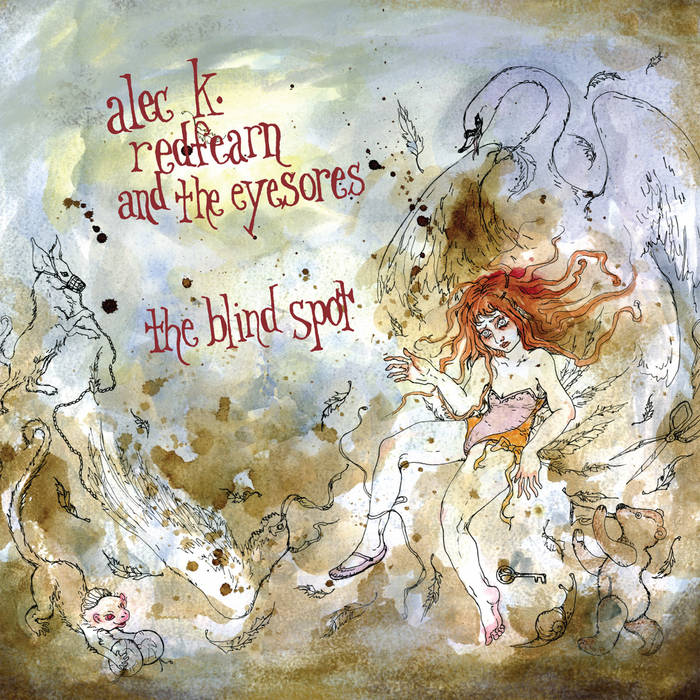 This marvelous large ensemble from Providence, Rhode Island has been in existence for a decade now, bringing their very original music to audiences in the US and Europe. The Blind Spot is their 6th release and their second for Cuneiform and it's also surprisingly different from The Quiet Room. It includes a few shorter songs but the main focus of the album is a very ambitious work entitled "I am the Resurrection and the Light", which is a song cycle for a large ensemble featuring a number of different players: appearing are accordion, violin, viola, French horn, guitar, alto sax, bassoon, contrabass, drums, 'loops, processing and other electronic mayhem' and layers and layers of vocals from up to 4 vocalists (Alec and 3 female voices). This song cycle is a eulogy and meditation about drug addiction and death from drug addiction and related causes. A compelling, powerful, demanding and ultimately beautiful and moving work. No one else sounds like The Eyesores and with this album, no one combines such purity of vocal and instrumental work with such a sense of impending uneasiness (and I mean this as the highest compliment!).

"...constructed from a diverse and unfashionable set of instruments, Alec K. Redfearn and the Eyesores are as bizarre as they appealing. This is wonderful stuff -- brave and experimental, yet warmly human. Make room on your folk revival shelf for something that may be influenced by folk, but is in no way a revival."
– Splended

"They offer experimental future folk with elements of real dirt and sweat -- and a touch of mania. Highly recommended"
– All Music Guide

"The Blind Spot (is) an ambitious song cycle that incorporates choral arrangements and a soprano vocalist, lending a true requiem-like feel to this meditation on loss and addiction. Redfearn is in top form here, directing the magic collision of spiralling waltzes with the drone of a specially built hurdy-gurdy. Despite the dark theme, the music is still exquisitely pretty, with segues between songs as integral as the compositions themselves. Artful yet entirely genuine, this is the most accomplished Eyesores record to date."
– Exclaim!