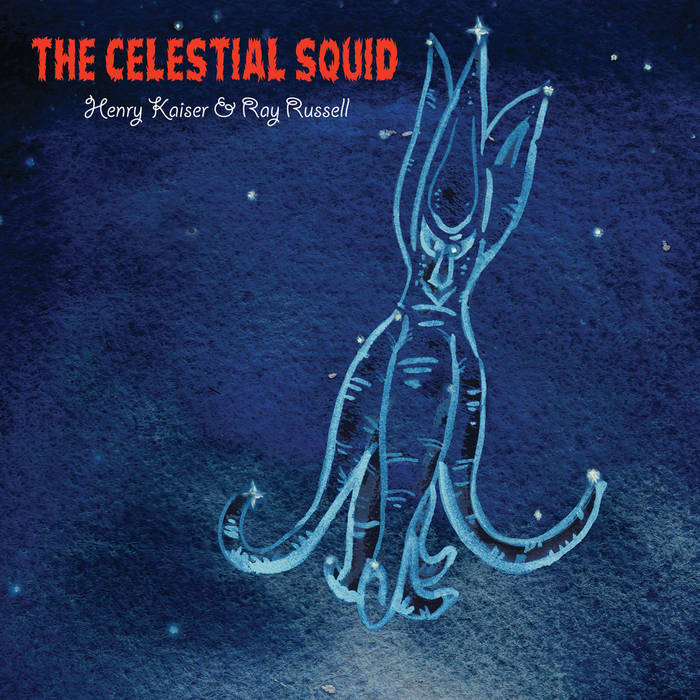 Deidre House Jazz fusion-y avant-garde goodness! Like if the Mahavishnu Orchestra did a bunch of acid and just jammed freely (and replaced the fiddle with saxes). The progression of the music is a trip in itself.

Zontar the Thing in Swissvale

Guitar summits don't ascend higher than when legendary British free-jazz pioneer and longtime session ace Ray Russell meets the brilliant California avant-improv overachiever and Antarctic diver Henry Kaiser in the realm of The Celestial Squid. With more than countless session and soundtrack performances to his credit, including the early James Bond film scores, Russell is returning to his bone-rattling, noise-rocking roots for the first time since the very early 70s. You'll be shaken and stirred as Kaiser, Russell and eight super friends deliver a no-holds-barred, free-range sonic cage match.

Russell created some of the early '70s' most outrageously outside music, releasing hallmark works of guitar shock-and-awe. Russell's "stabbing, singing notes and psychotic runs up the fretboard have nothing to do with scalular architecture," wrote All Music's Thom Jurek, "but rather with viscera and tonal exploration." Russell anticipated the wildest and most intrepid vibrations of Terje Rypdal, Dave Fuzinski, Sonic Youth, Keiji Haino, Tisziji Muñoz and their boundary-dissolving ilk. Russell is hardly a niche performer, though. Untold millions of music and film fans have actually, if unknowingly, already enjoyed Russell's riffs – at least if they saw any of the James Bond films that John Barry scored, beginning with Dr. No in 1962.

For over 40 years, Russell would not make such exploratory music until West Coast guitar experimentalist Henry Kaiser called him out of the blue and asked if he would be interested in co-leading an ensemble in the style of his '71 masterpiece, Live at the ICA: June 11th 1971. Russell was surprised and delighted by the offer, and readily accepted. Why had he waited so long to once again explore the free-jazz spaceways you might well wonder? Simple – no one had asked him to do so!

So on April 12, 2014, Henry Kaiser and Ray Russell – along with drummers Weasel Walter and William Winant, bassists Michael Manring (electric) and Damon Smith (acoustic), and saxophonists Steve Adams, Joshua Allen, Phillip Greenlief, and Aram Shelton – entered Berkeley, California's Fantasy Studios for a day-long session that resulted in The Celestial Squid, a nearly eighty-minute embryonic journey through the deepest waters and most cosmic heights of improvised music. Except for melodic heads and compositional structures, everything on The Celestial Squid is improvised, down to some astonishing extemporaneous horn arrangements. While The Celestial Squid echoes the raw energy and youthful bravado of Russell's earliest achievements, this music synergizes the combined power and imagination of all ten of these musical masters into a force to be reckoned with.