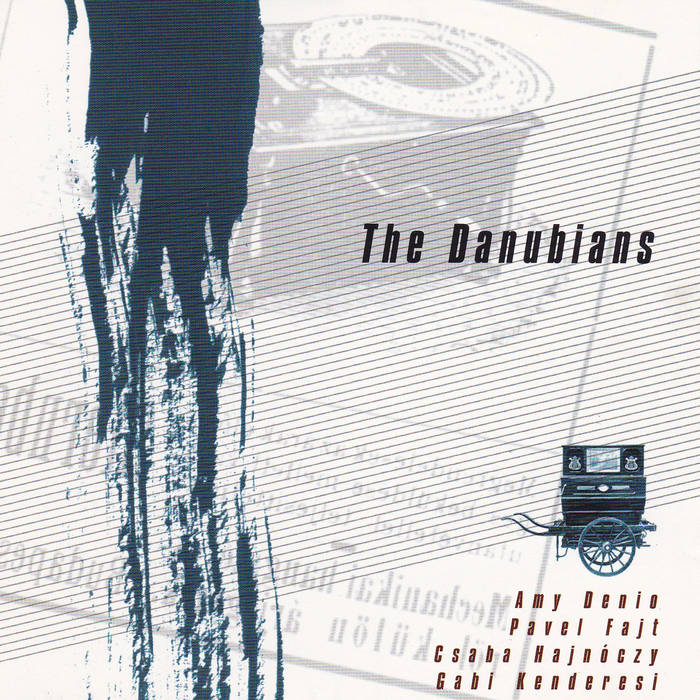 Recorded live in Italy & Hungary in 1999, at points this features Csaba playing samples of Amy & Gabi's voice, while they sing along live with the samples! Nine charming songs that chart the territory where Eastern European folk influences meet with rock, improvisation, soaring vocals and accordions!

We have long wanted to work with Amy Denio on one of her own projects & are thrilled she brought us such a great one!

"With members of the (Ec) Nudes, Pluto, and Kampec Dolores in presence, one expects to hear avant-rock songs and that's what the Danubians do. Although their music never reaches the level of intensity any of the former bands can deliver, it remains more accessible to casual listeners. The Danubians have roots in American (Amy Denio), Czech (Pavel Fajt), and Hungarian cultures (Csaba Hajnóczy, Gabi Kenderesi) and blend accordion, alto saxophone, and violin with electric guitars, beatbox, and sampling to craft avant-gardist bouncy songs. The band's best feature is the dual vocals of Denio (Nudes, Curlew) and Kenderesi (Kampec Dolores). They sing in various real and invented languages, answering each other or singing on top of each other with beautiful complicity. The music itself is a less-rock/more-danceable version of Fajt's band Pluto ("Palm Tree" is a good example of that). The electronic drums (about half of the tracks) can be annoying at times, especially considering how good a drummer Fajt is. Guitarist Hajnóczy (also of Kampec Dolores) is rather self-effacing, assuming the role of backup musician to leave the spotlight to the two women. "Hanana" is the best piece of work, a delicate interplay of voices over a mid-tempo gitano groove. Eastern Europe touches can be felt throughout and fans of the Czech avant-pop/rock scene (Pluto, Iva Bittova, Plastic People of the Universe, etc.) will want to add this title to their collection. Neophytes will find in The Danubians a welcoming entrance to that corner of the pop world. Recommended." – François Couture / AllMusic