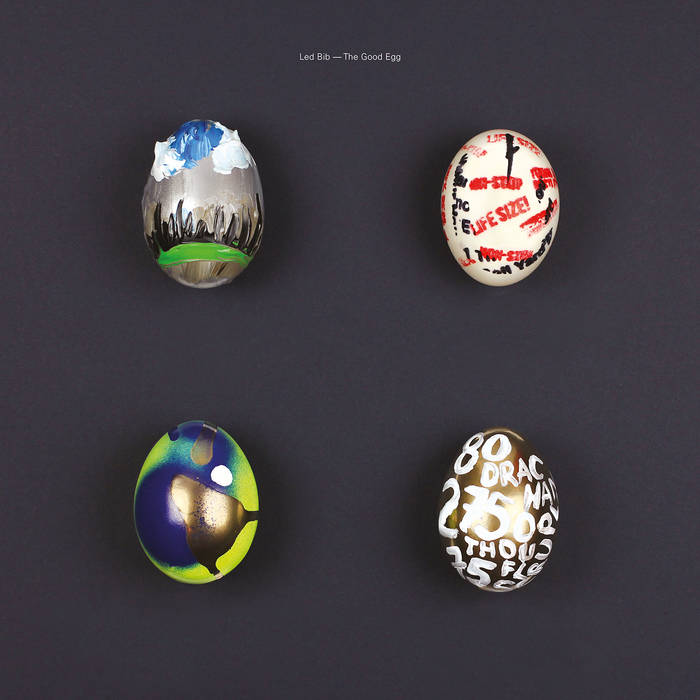 Jamie Tregurtha Their sound is resolutely compact, yet their vision is as expansive as the vistas over Highgate. Exquisite jazz horns. Highly recommended. Favorite track: Giant Bean.

Nick Bradey i am an Ellington fanatic , but get anything by this band .superb , and with a contemporary approach .nowhere near tired 70s jazz rock

Led Bib retains its original line-up of 10 years ago, when the infamous five met at Middlesex University and formed the band for Mark Holub’s university project. The group are bandleader Mark Holub, drums; Pete Grogan, saxophone; Chris Williams, saxophone; Liran Donin, double bass and Toby McLaren keyboards/ piano. Looking back on a decade of music that takes in seven albums, hundreds of live shows and a string of accolades, Led Bib can feel content that they have punched through genre barriers to fly the flag for progressive music in the UK and that they forged a path where a host of new exciting bands would follow.

Described as “a lean, mean, improv-rocking jazz machine” by Time Out and “among very few artists who seem less interested in following anyone else's traditions than starting their own” by Yahoo Music, Led Bib’s ability to blend groove, improvisation, thrash and everything in-between means that their live shows have become renowned for carrying along their audiences with an infectious energy more affiliated to their avant rock peers than a jazz group, making this set of live performances unmissable.

All compositions by Mark Holub except “Shapes And Sizes” by Chris Williams.