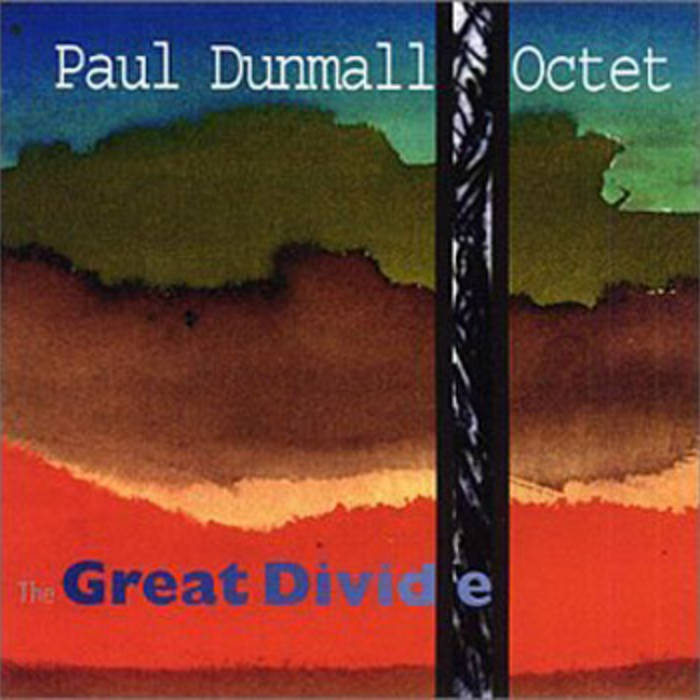 Nick Bradey Great Brit Jazz . Cannot get enough
- equal to the best US units . Favorite track: A Passage Through the Great Divide.

The Great Divide again straddles the middle ground between modern composed and free jazz. The band progresses through a six-part program that explores a multitude of moods and styles within the medium of modern improvised jazz. This is an important addition to Dunmall's ever-growing body of works as well as to the genre affectionately called "Britjazz".

"British saxophonist and innovator Paul Dunmall continues to surprise with this exemplary release, which features his superb octet (or nonet) on five tracks, supplemented by an additional eight musicians on the final cut. As with previous recordings, Dunmall's compositions snake the boundaries between post-bop and the avant-garde, along the way featuring lengthy individual improvisations from participants in his top-flight outfit. His primary group includes the members of Mujician (Dunmall, pianist Keith Tippett, bassist Paul Rogers, and drummer Tony Levin), with four horns added, including trombonist Paul Rutherford, plus guitarist John Adams on a few tracks. For "A Passage Through the Great Divide," Dunmall enlarges the group to big-band size, with the addition of saxophonists Evan Parker and Elton Dean, among others. The results continuously impress, with a surprisingly accessible program that never compromises and often thrills. By setting loose some of the cream of the substantial British free improvisational scene, Dunmall ensures that the performances will satisfy on multiple levels. While Dunmall gives his sidemen plenty of freedom, there is no question as to who is in control, as the intricately layered compositions set the moods and the directions, with shifting sonorities and rhythms. Urbane, intricate, yet reassuringly astute, Dunmall's sophisticated writing punches a somewhat restrained wallop that is peculiarly English without succumbing to cliché, flavored by an appealingly international flair."
– AllMusic

"[They have] the requisite chemistry to become a perennial powerhouse on the international scene."
-JazzTimes