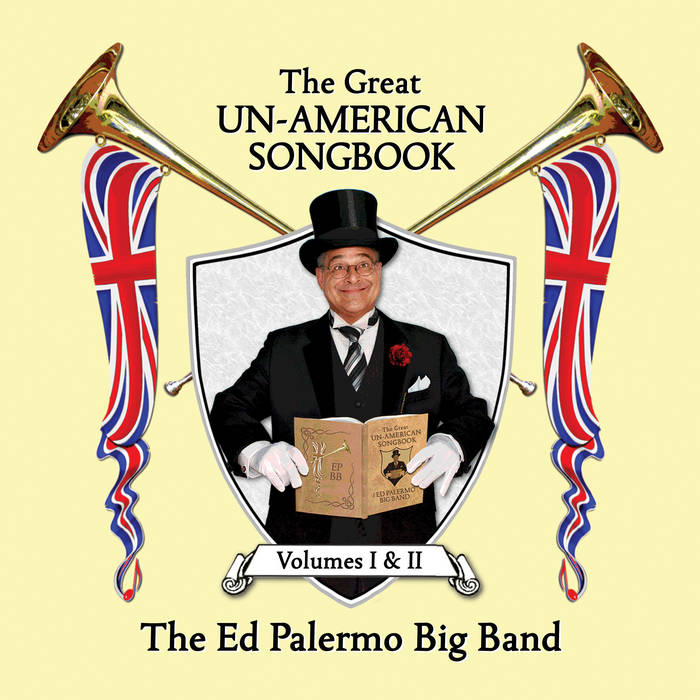 Carsten Pieper Highly entertaining big band versions of smaller and bigger hits mostly from the British stuff from the 60s to 70s. Even if Mr Palermo doesn't have his big band playing Zappa compositions this time, the zappaesque approach is quite tangible: All those little quotations in between or to couple the Fab Four with Miles Davis. Or Bernstein via The Nice with Green Day!
Great playing, great arrangements! And to say it again, yes, humour does belong in music! Favorite track: 21st Century Schizoid Man (King Crimson).

Nick Bradey They're back ! Great set with interesting
arrangements of old war horses . This is
contemporary big band Jazz at its best .

Crazy times call for outrageous music, and few jazz ensembles are better prepared to meet the surreality of this reality-TV-era than the antic and epically creative Ed Palermo Big Band. The New Jersey saxophonist, composer and arranger is best known for his celebrated performances interpreting the ingenious compositions of Frank Zappa, an extensive body of work documented on previous Cuneiform albums.

But his fifth project for the label, ‘The Great Un-American Songbook Volumes 1 & 2’, is a love letter to the rockers who ruled the AM and FM airwaves in the 1960s via successive waves of the British Invasion. Featuring largely the same stellar cast of players as last year’s gloriously eclectic One Child Left Behind, the 18-piece EPBB lovingly reinvents songs famous and obscure, leaving them readily recognizable and utterly transformed. The first installments in what he hopes to be an ongoing project, these two volumes give a whole new meaning to 'swinging London'.

More than any other EPBB release, The Great Un-American Songbook is like rummaging around Palermo’s record collection and playing tracks at random after imbibing an espresso-laced bottle of absinth. He’s the first to admit that the album is a highly personal and nostalgia-induced undertaking. “Almost everything I do lately is reliving my past,” Palermo says. “With the craft and skill I’ve developed being an arranger for all these years, I can now take those songs that I grew up with and loved, and reinterpret them. I picked my favorite songs, songs that I’m going to want to hear and play a lot. There’s really no other way to explain my selection process.

By the end of the long and winding road through Palermo’s musical backpages there’s no doubt that his nostalgia is our delight, as vintage rock songs make for state-of-the-art jazz. “Anything can be grist for the mill,” Palermo says. “Once I start an arrangement I get so into it. I’m going to put my spin on it.”

Nothing demonstrates the ensemble’s ongoing vitality better than the stellar cast of players, with many longtime collaborators. Many of these top-shelf musicians have been in the band for more than a decade, and they bring wide ranging experience, expert musicianship and emotional intensity to Palermo’s music. From the first note, well, after the goat, the band manifests greatness in a truly Un-American cause.

From the Beatles, Rolling Stones and Jeff Beck to King Crimson, Traffic, and Jethro Tull, The EPBB storms the British invasion and plants the American flag (upside down)!

All arrangements by Lord Edward with the exception of “Larks' Tongues in Aspic” which was expertly arranged by Bruce of Earl.