by Birdsongs of the Mesozoic 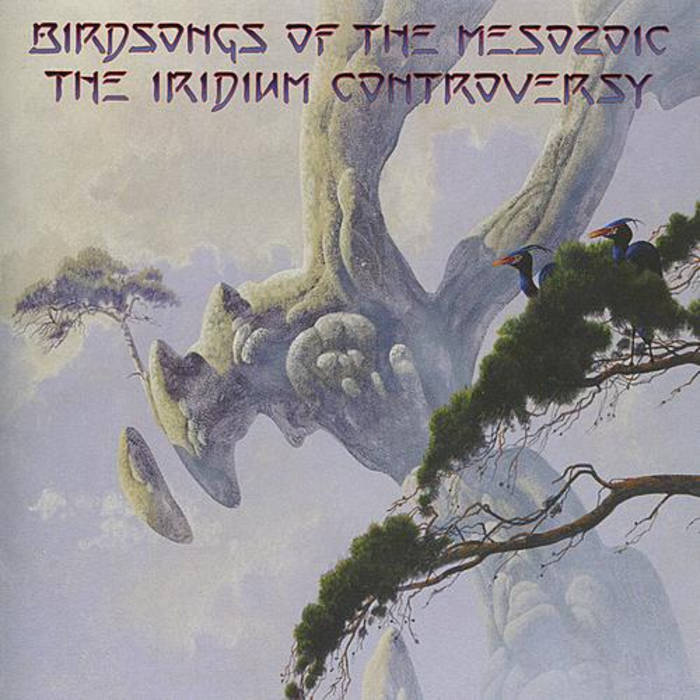 Carsten Pieper And yet another weekend special by Cuneiform Records I couldn't let pass...

Don't let the Roger Dean artwork fool you into expecting Yes-related music here! The band's stuff is often described as a kind of chamber RIO.
Definitely no easy, but engaging listening here. An album that should be listened to many times . And those often are the best, aren't they?

Hard to compare them, but if you like, for example, Univers Zero, this might be for you too... Favorite track: Lost in the B-Zone.

Little James I'm a big fan of RIO, especially Univers Zero, The Muffins, Henry Cow, and Thinking Plague. Birdsongs has that delightful RIO quality, while at the same time being melodically and rhythmically accessible. Favorite track: Lost in the B-Zone.

Sven B. Schreiber (sbs) To me, this is clearly the best band of its kind - whatever its kind is supposed to be... ;) Well, I think it's characterized best by chamber avantgarde with a pinch of zeuhl. Unfortunately, this is (probably) the band's last album. Fortunately, it's also their best, in my opinion. Favorite track: Make the Camera Dance.

Two keyboardists (one on grand piano and one on synthesizer), guitar, saxophone and electronic/computer percussion produce a unique sound that fuses the youthful energy and anarchism of rock with the structure (and process) of classical music. The result is simultaneously abstract and accessible, music without vocals with broad popular appeal.

Called everything from ‘avant-progressive’ [Progression] to ‘heavy metal Baroque’ [Honolulu Weekly] to ‘avant-garage’ [B Side], Birdsongs’ hybrid sound may well be classical music’s new alternative, a ‘genetically modified’ hybrid that will breathe life and vigor into a musical genre that has grown rarified with age, increasingly irrelevant to modern audiences. The Iridium Controversy is a sophisticated work, a soundtrack to a primordial epic that harkens to the future as well as the past.

The cover art for The Iridium Controversy is by British artist and designer Roger Dean, world renown for his album covers for Yes, Asia and other rockers.


"This Boston-based ensemble's fifth album for the Cuneiform label finds it continuing to explore a unique musical territory it has carved out for itself, a strange shadowland somewhere on the border between art and pop music.
Still led by pianist/composer and founding member Erik Lindgren, the quartet plays in a style that incorporates elements of minimalism, punk rock, experimental jazz, and 20th century classical music. Repetitive figures will call to mind Philip Glass, while jagged and complex rhythms conjure up the ghost of Igor Stravinsky and distorted electric-guitar jousts with swinging jazz flute.
The resulting music is nowhere near as anarchic as the description of it might sound, though there are moments of near-chaos that finally coalesce into a carefully-constructed whole.
Highlights on this album include two reprises of material from the band's 1980s repertoire (the chugging "Lost in the B-Zone," here given a more hip-hop-flavored arrangement, and the Roger Miller composition "Beat of the Mesozoic") and a gorgeous, cyclical piece by windman Ken Field entitled, evocatively, "Centrifuge."
The best way to introduce yourself to this band is still to go back to its 1980s recordings for the Ace of Hearts label, but if you like what you hear there, you'll be sure to love Iridium Controversy" – AllMusic