The Nuclear Observatory of Mr. Nanof 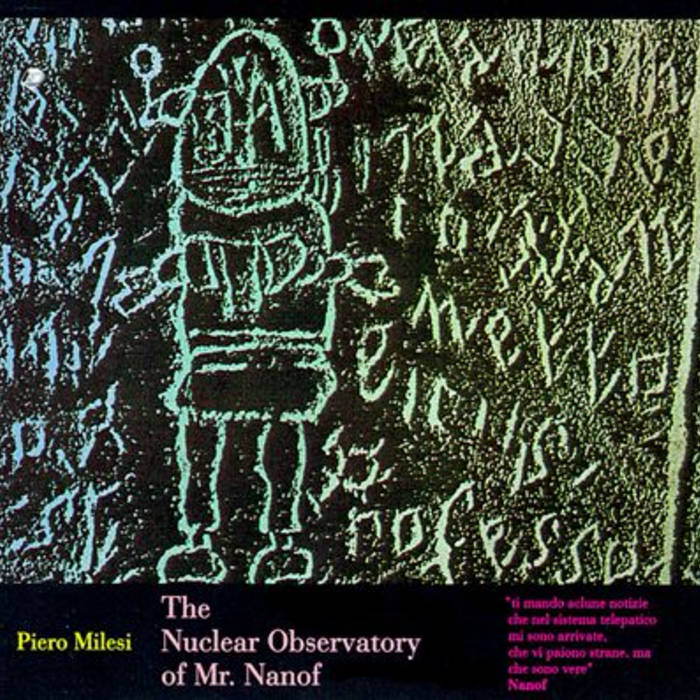 Carsten Pieper "Etheral" is a good word to describe most of this album's music. Interesting mix of traditional and electronic instruments. I'm especially drawn to the sound of the Lyricon (had to google it: The first electronic wind instrument) in the long opening piece, which wonderfully adds to the peaceful mood, putting your mind at rest.
Other songs/pieces are more "upbeat", e.g., "In the Car With Mr. Felsen", where piano and strings take a more promenent role. Favorite track: Mr. Nanof's Tango.

PDD I am not normally a fan of minimalist music, but Milesi's music just carries me along its journey, with the subtle changes being emphasized and the music never becoming repetitive. Favorite track: The Presence of the City.

Milanese composer Piero Milesi was one of the most prominent Italian artists in the field of electronic minimalism.

After having studied cello, he graduated with a degree in experimental and electronic music composition from the Milan conservatory. He then joined the Gruppo Folk Internazionale entourage and got a degree in architecture with a thesis on the relationship between space and sound.

"An ethereal wonder from an Italian architect / music installation & soundtrack master. A lush adventure of mediative synth and melodic scores for lyricon and small chamber ensemble.
Highly recommended to astronautic mineral engineers of the mental system."

Working in a melodic vein, The Nuclear Observatory Of Mr. Nanof veers from ethereal solo keyboard electronics to scores for lyricon and small chamber ensemble. Lovely, yet also rich musically.

Track 11 from the video "The Presence Of The City" (La Presenza Della Citta), directed by Gabriella Belotti, produced by The University For Architecture of Milan (1984). Recorded and mixed at J.S. Bach Studio, Milan.