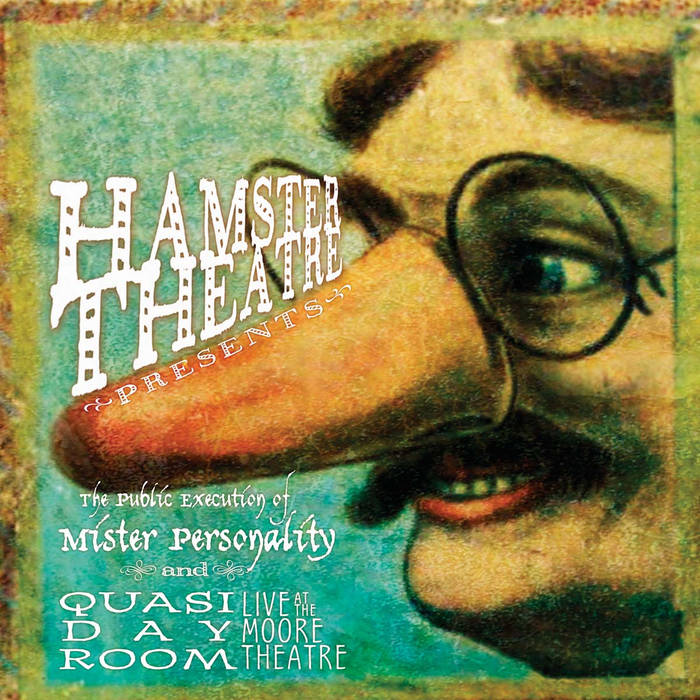 Nick Bradey Discovered this by pure serendipity .
Immensely absorbing music -I
highly recommend this .Without the
Cuneiform label we would all be the
poorer.✌️

Hamster Theatre straddle the edges of folk music, avant-garde, world music, early 20th century French composers, such as Erik Satie and Maurice Ravel, contemporary composition and many other musical forms, bringing together elements of all these styles while never sounding 'just like' any one of them. Using an instrumentation of accordion, keyboards, trombones, saxophones, clarinets, flutes, guitars, mandolin, bass, drums and percussion, their pieces are always filled with delightful melodies and surprising orchestrations. In addition to the new studio album included here, there is a second disc of the band's stupendous live performance from August, 2002 at The Moore Theatre in Seattle. This live album is a perfect compliment to the studio disc, as it shows the amazing performance that 'the Hamsters' can put on in a live environment; Hugh Hopper called this performance, "Some of the most interesting music and one of the best live shows I've seen for years." Both discs were mixed by noted producer/engineer Bob Drake.

"Continuing in the grand tradition of European antecedents such as Henry Cow, Nimal, Albert Marcoeur and Lars Hollmer, they create a magical, unpredictable blend of modern classical, folk, world music and improvisation. Each of these finely wrought compositions is delivered with amazing technical dexterity, forcussing on melody, mood and dynamics. Public Execution presents a unified suite of songsand instrumental pieces representing the full spectrum of human emotions... Through the richly orchestrated, seamlessly arranged interplay of brass, winds, reeds, accordions, keyboards, guitars, bass and drums, bizarre yet beautiful compositions are fully realized. As a bonus, a stellar live set, recorded in 2002 is also included. Here the group really tears it up, performing with passion and daunting expertise."
- Paul Lemos/Big Takeover

If you like The Public Execution of Mister Personality / Quasi Day Room: Live at the Moore Theatre, you may also like: