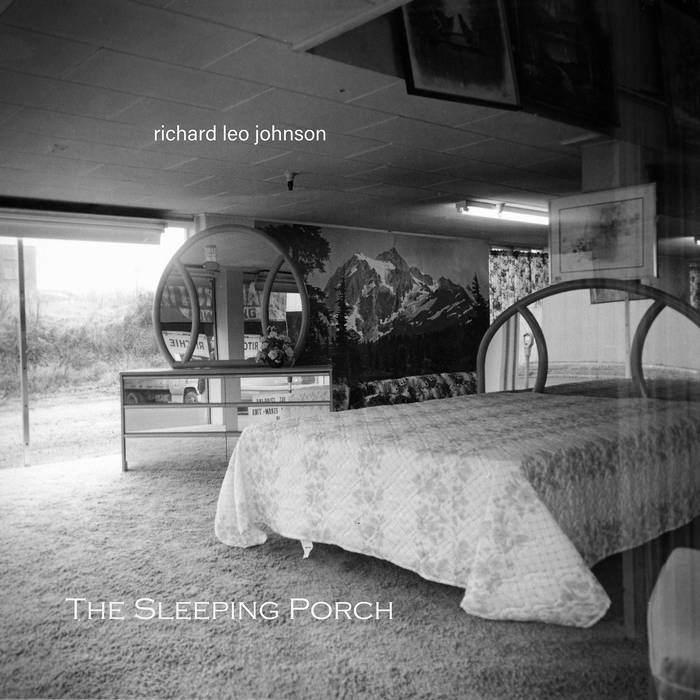 "Richard Leo Johnson is a self-taught guitarist whose unorthodox acoustic style is reminiscent of the late Michael Hedges. While he is often placed in the new age camp, his sonic and rhythmic whirlwinds are often far more intense than that term implies. He claims Leo Kottke, John McLaughlin, and Pete Townshend as influences. Some will also detect strong hints of Larry Coryell, Ralph Towner, and Pat Metheny.

Born and raised in Arkansas and residing in Georgia, Johnson was quite successful as an architectural photographer before becoming a musician. His debut recording, Fingertip Ship, was released in 1999 on Blue Note Records. Language, also on Blue Note, appeared in 2000..." – AllMusicGuide biography

All the above is true, HOWEVER....

A decade before Blue Note, Richard was a touring guitarist and endorser of Taylor Guitars, performing at clinics and instrument shops all across the USA, and he released two, nearly unknown, cassette-only releases.

This is the first of those two releases!

Richard Leo Johnson is one of the most innovative and inspired acoustic guitarists who emerged from the American music scene in the 90s, before the resurgence of acoustic guitar players. Johnson’s style, characterized by complexity, exhilarating speed, and hauntingly unfamiliar harmonies created through ‘found’ tunings, marks this self-taught player apart.

Richard was raised in America’s deep South, in a small Arkansas town in the Mississippi Delta. A good indication of what Richard is about is captured when he recalls that his “real jumping off point” was a home-made cassette he received as a teenager, which featured The Mahavishnu Orchestra’s Inner Mounting Flame on one side, and Leo Kottke’s Greenhouse on the other; “I thought both sides were by the same artist! The initial impact was that it was somehow possible to make something happen that fused the linear liquidity of McLaughlin and the dense harmonic structure and drive of Kottke.”

Practicing incessantly on his own, Johnson developed an idiosyncratic playing style which combined plucking and strumming, alternating between 6, 12, and 18 strings (a 2-necked McCullum guitar with 6 and 12 strings), using all parts of the guitar, and employing 30 tunings he devised.

Recorded live to tape.
Recorded by Ed Nicholson in Little Rock, Arkansas in 1988.

Richard spent about 2 weeks with his good friend Ed Nicholson recording material he had composed over the previous 3 or 4 years.

Originally released on cassette in 1988. This was Richard's first release.