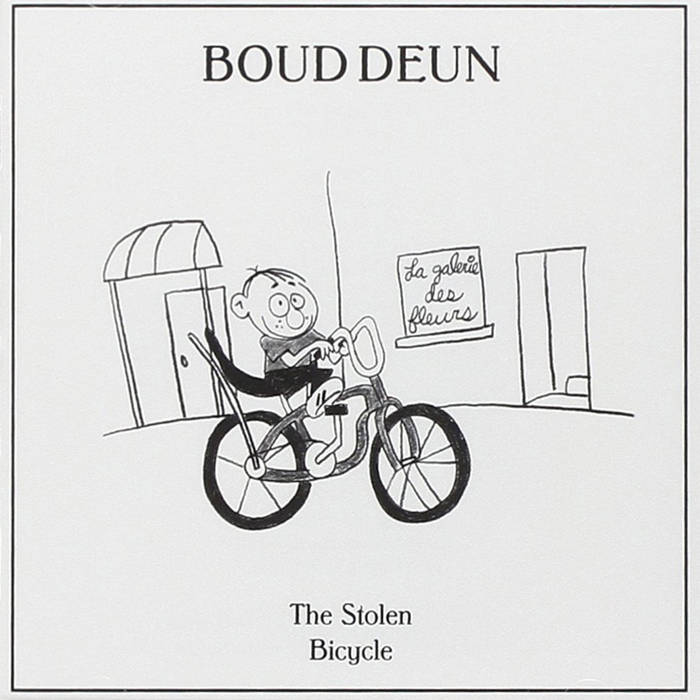 Boud Deun were an amazing, instrumental quartet from the small-ish city of Warrenton, VA who formed in early 1994. I managed to see them in late 1994 or early 1995 in DC, was utterly amazed, and started working with them as soon as I could manage it.

They played a very distinctive jazz/rock that also used elements from bluegrass to punk to jam-band isms, while retaining some of the intensity of the original Mahavishnu Orchestra. There were amazingly impressive for their time and no one else was doing music like they were making at that time. They also somehow managed to attract a sizable audience and played all the local clubs on a very regular basis, as well as numerous jam-band oriented festivals.

I saw them dozens of times and they always slayed. The Stolen Bicycle was their fourth and final album and it was released September 1, 1998 and their last show was September 26, 1998. Damn it!

The Stolen Bicycle, their 2nd Cuneiform release, is simply their best yet. The playing is as sharp & superb as ever, while the compositions [which includes their 38 minute/16 part "Churches"] are ever-more notable and intriguing. I don't want to be accused of over-loading the hype machine, but without any prompting, I have heard them called the best band in America many times, & it's kinda hard to to say much beyond that.

"Boud Deun is a quartet of violin, guitar, bass and drums that improvise exciting and dynamic instrumentals pregnant with the same high-energy charge that typifies early King Crimson. This tight, integrated unit deifies belief with a degree to which much of their extemporaneous jaunts sound premeditated.
The result is stunning and masterful. Influence of the Crimson ones is detectable throughout, as is the hyper-folk of Stravinsky ("Saints," especially the end), and traditional jazz in the guitar-led "Broken Spokes." Elsewhere that the lexicons of punk bombast, bluegrass, lightning licks (together in "Ten Pence/Bridges") and more are referenced. Boud Deun's fiery charges into one territory and then another leave no prisoners and ask no quarry in laying claim to fertile lands left fallow under the rule of orthodoxy.
Boud Deun is Mahavishnu Orchestra on fire, the Dixie Dregs gone to town, a worthy new volume in the encyclopedia of progressive, limitless, surprising instrumental groups." – Tom Schulte / AllMusic