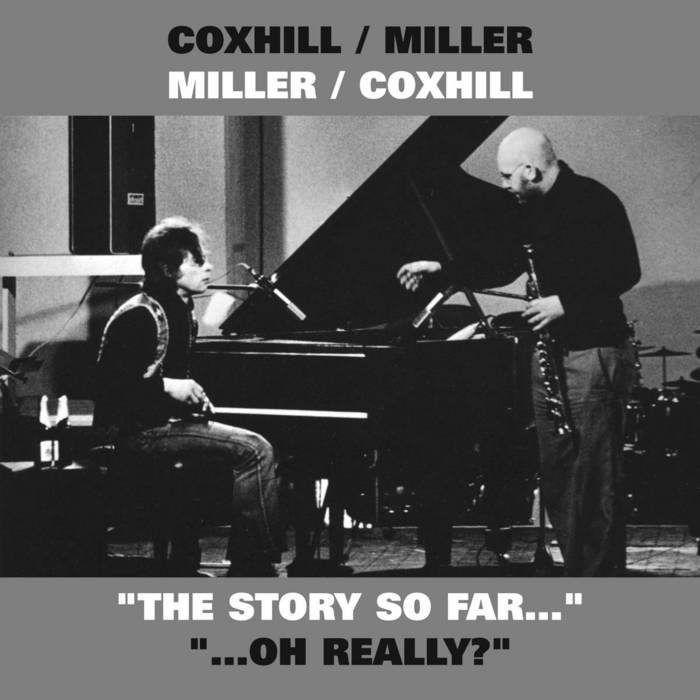 Out-of print on vinyl for over 25 years, this is the first release of the two album collaborations (Coxhill/Miller Miller/Coxhill and "The Story So Far..." "Oh Really?") between saxist Lol Coxhill and pianist Steve Miller, who first worked together in Delivery and continued their partnership for several years afterwards. These albums are quite fondly remembered by those luckily enough to own them for their unique personality and low-key approach to improvisation and composition and feature guests such as Phil Miller, Richard Sinclair, Pip Pyle, Archie Legget, Laurie Allan and Robert Wyatt. Produced, remastered and with liner notes by Michael King, the material is presented in the absolute best possible sonics. We've also included the last known interview with Steve to help shed light on his career and found some great, rare photos to include in the huge, 20 page booklet. In addition to the albums there is almost an hour of previously unreleased and unheard material. Of particular interest is 20' of material by the proto-Hatfield and the North lineup of Delivery: Steve Miller, Lol Coxhill, Phil Miller, Pip Pyle, Richard Sinclair and Roy Babbington, as well as four short, terrific solo tracks by Steve and a 25' live improvisation by Steve, Lol, Richard Sinclair and Laurie Allan from December, 1974!

"...a standout in the respective catalogs of both artists. Avant-garde saxophonist Lol Coxhill is best known for his work in free improvisation and British progressive rock and jazz. Steven Miller's work was more inclined toward structured electric jazz and fusion as a member of progressive rock unit Caravan – the resulting session was a highly experimental take on jazz fusion...as groovy as late Soft Machine, Caravan and Hatfield and the North's work from this period. A fairly essential recording from the Canterbury axis of early '70s British progressive rock."
- All Music Guide.