The Two Faces Of Janus 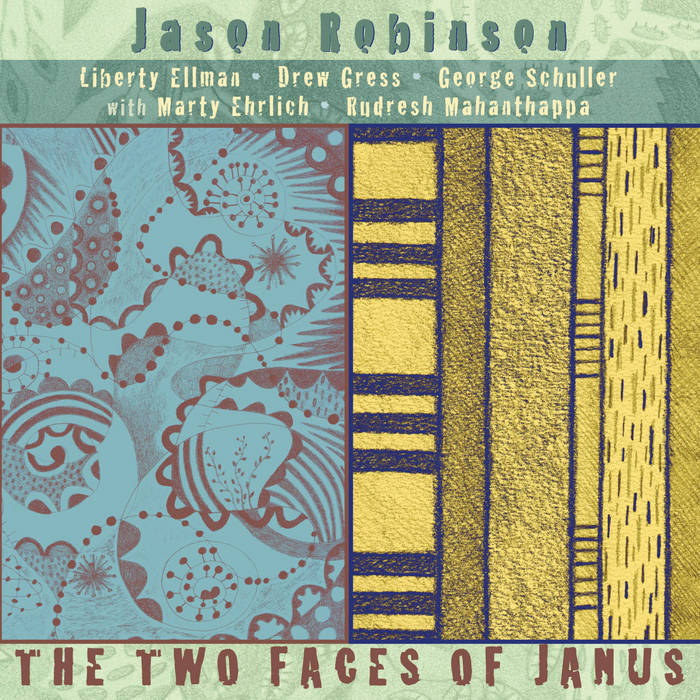 "The ensemble that Robinson assembled for the session is composed of several of modern jazz's most individualistic players...Robinson's compositions manage to draw a straight line through bop, Duke Ellington, Ornette Coleman and Eric Dolphy straight into the modern day with acute-angle swing, blues-bluster and memorable themes that seem to scratch at the back of the mind with familiarity without resorting to quotation or imitation....Robinson's pieces straddle the timeline in a way that sets each musician off on his own exploratory path."
– Downbeat

“…the saxophonist himself has a warm expressive tone, occasionally dipping into freer realms yet always staying true to the structure of his compositions.”
– Signal to Noise

The Two Faces of Janus - one face looking at the past, one face looking towards the future. Borrowed from Greek mythology, Janus is an apt metaphor for the latest release by accomplished reedist and composer Jason Robinson. Robinson first appeared on Cuneiform with the long-running collective ensemble Cosmologic. Now he steps forward with a solo album that features a stellar band, all of whom are distinguished figures in jazz and improvised music as well as all being top-drawer bandleaders in their own right:

The music is angular, expressive, emotional and virtuosic. Using Robinson's compositions as a base, all the players dig in and with their solos and ensemble interplay raise the stakes to make an outstanding contemporary work. The album seam­lessly moves from hard swinging grooves to beautiful ab­straction and features great work from all of these great players. Robinson’s playing and composing embodies the duality of the Janus metaphor; his music draws from the rich historical and modern traditions of jazz and he creates a decidedly modern and unique musical vision. The Two Faces of Janus also positions Robinson – originally from the West Coast – within New York’s most innovative community of creative and visionary jazz musicians. With the release of this modern classic, Robinson has arrived!

MF DOOM is given his flowers, plus appearances from MC Jada Imani and Stanley Ipkuss