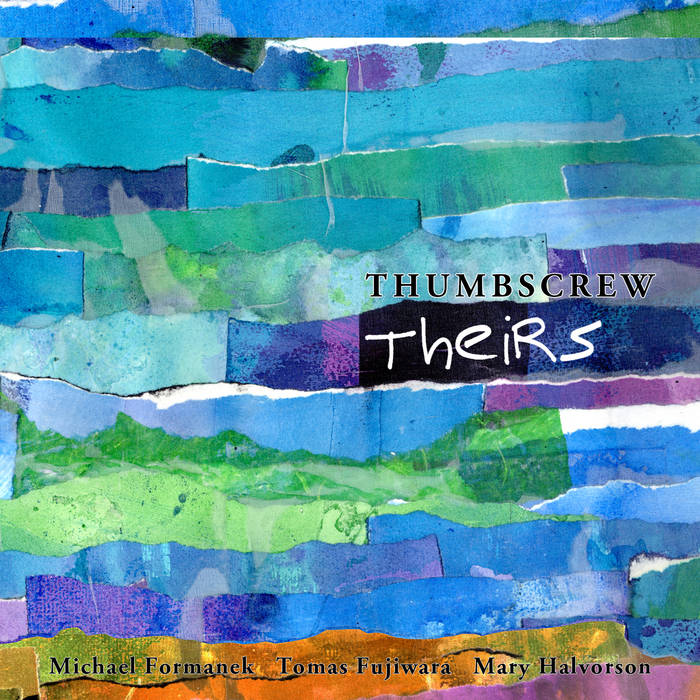 Theirs features covers penned by venerable composers, from North American jazz legends Benny Golson and Wayne Shorter, to South American composers Julio De Caro (Argentina) and Jacob Do Bandolim (Brazil), to songwriter Evelyn Danzig and Dutch avant-gardist Misha Mengelberg. Thumbscrew covers considerable ground in bringing their unique arrangements and ensemble sensibility to this transfixing set of other composers’ music. On the selection of covers, Fujiwara says, “Each of us brought in a number of covers--more than double what we ended up releasing--that we were curious for Thumbscrew to try. We played through each composition many times, trying different arrangements, and slowly started to focus in on which ones felt right for the group.” Formanek states that “for me it was mostly a matter of which tunes I thought would have strong enough bones to sustain a Thumbscrew interpretation. It was also a matter of imagining how certain pieces would work with Mary, Tomas, and my approaches that wouldn’t sound like just another version.”

On the contrast between the two records, Halvorson says, “The difference is that with the covers we’re aware of trying to honor the composer’s vision, and in many cases, classic versions of the song which serve as inspirations.”