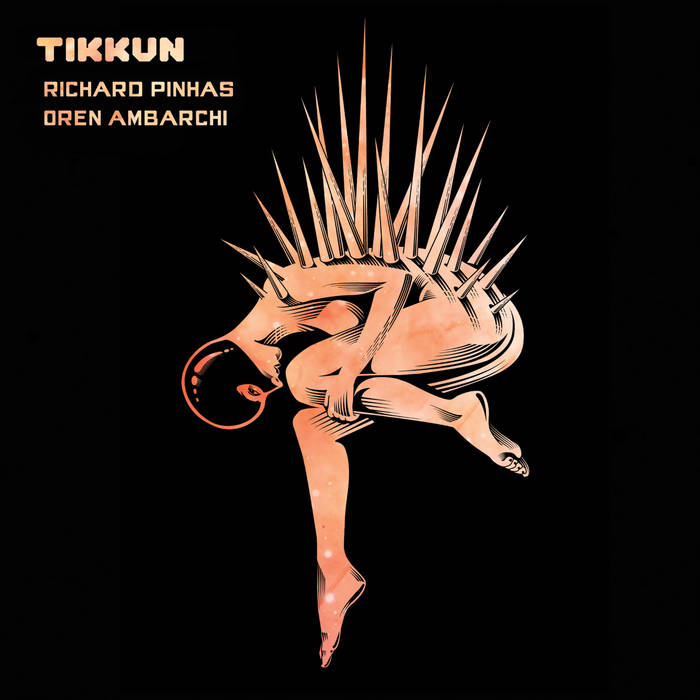 "On a day when your transmission drops to the asphalt and the humidity's enough to fry brains, Oren Ambarchi's resonating, disembodied guitarisms establish a soothing alternate universe."
– Pitchfork Media

Richard Pinhas, the founder of 70s progressive legends Heldon, is one of the most uncompromising artists on the international rock scene, having remained constantly innovative and true to his personal artistic vision for 40 years and some 35 full length releases.

Oren Ambarchi is a guitarist, drummer and sound-artist who has performed and/or recorded with a huge array of artists, including Fennesz, John Zorn, Jim O'Rourke, Otomo Yoshihide, Evan Parker, Merzbow and others. Since 2004, he has worked with the avant-metal band Sunn O))), contributing to many of their releases and side- projects.

Pinhas and Ambarchi first recorded together when Ambarchi contributed to recordings that were eventually tied together with other contributors into Pinhas' 2013's release Desolation Row. Since that time they have been working on ideas, recordings and concert / live collaborations.

The personnel for Tikkun is: Oren Ambarchi-guitar, loops Richard Pinhas-guitar, synth guitar, effects Joe Talia-drums, effects Masami Akita (Merzbow)-loops, noise, effects Duncan Pinhas-sequences, effects, noise Eric Borelva-additional drums Interestingly, Richard specifically thinks of this album as a duo project that was conceived as a duo project for himself and Oren, despite the very effective contributions of the other four musicians. The music on Tikkun, which consists of three very lengthy tracks, comes across as a very tasty cross between the heavy, synth-driven, sequencer beats of classic Heldon and the much more noisier aspects of Pinhas' work over the last decade. In addition to the studio album, physical CD+DVD version also includes a DVD of a live performance of the duo. It was filmed at Paris' main venue for experimental music, Les Instants Chavires, October 29, 2013.

"...it’s like the weird, beautiful music you think you only hear in dreams."
– Q

A Heldon 2014 production for Cuneiform Records.

All tracks composed by Richard PINHAS and Oren AMBARCHI.

***
The DVD was recorded live in Paris, October 29, 2013 at
INTSTANTS CHAVIRES, Montreuil, France.