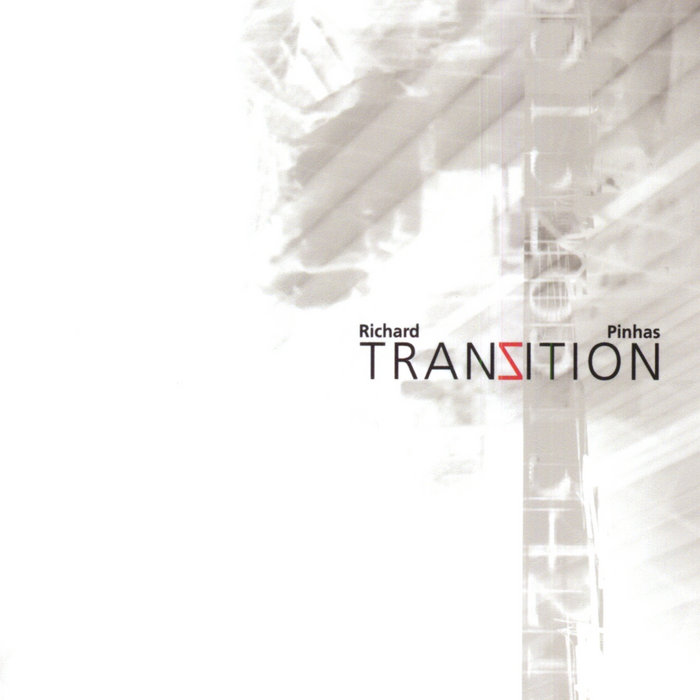 Composer, guitarist and electronics innovator Richard Pinhas is recognized as one of France's major experimental musicians. A pivotal figure in the international development of electronic rock music, Pinhas' stature in France is analogous to Tangerine Dream's in Germany: the father figure of an entire musical movement. The pioneering, aggressive music produced by his band Heldon during the 1970s, fusing electronics, guitar and rock, heralded the industrial and techno to come and remains today vital and unsurpassed. On Tranzition, Pinhas weaves beautiful, spacey, processed guitar tapestries, with added color from laptop, violin and the drumming of Antoine Paganotti of Magma. The voice of the late author Philip K. Dick can be heard on "Moumoune girl", from a 1977 tape that he gave Pinhas. The BBC described his recent guitar music as "Music that is in flux and stasis at the same time, with an almost sculptural presence, stuffed with overtones and rich textures." Tranzition is a multifaceted and richly jeweled work in which cause and effect, acoustics and electronics, taped sound and live playing change roles and even realities.


"On Tranzition, Richard Pinhas continues with the hypnotically dense legato electric guitar drones that he had been featuring for the past several releases. But he also includes a drummer, Antoine Pagnotti, who improvises against Pinhas' slowly evolving dronescapes on the CD's opening track, "Dextro," and on three of the CD's other four tracks to a greater or lesser extent.
This is an effective strategy, as it prevents the drones from becoming soporific. Pinhas' overlaid, looped textures are generally thick and distorted, and he continues his practice of excerpting spoken word passages and adding them to his sonic stew -- on this recording integrating a passage from a 1977 talk given by noted sci-fi novelist Phillip K. Dick into "Moumoune Girl (A Song For)" (which, incidentally, contains no discernible melody), and including on "Aboulafia Blues" a fragment by Chloe Delaume (who is advertised elsewhere as a specialist in virtual realities).
The purpose of these spoken passages remains largely obscure (words are intelligible only sporadically, and often seem prosaic rather than poetic), but after the listener lets go and stops trying to made perfect rational sense of them, the textures themselves make a positive contribution to the mix -- or at worst, don't get in the way.
The last piece on the CD, titled "Metatron (An Introduction To)," is nearly 25 minutes long, and if this is an only an introduction, the scale of the complete piece might well be mind-boggling. Initially, at least, "Metatron" deviates from the preferred heavy viscosity of Pinhas' normal guitar textures on this CD, displaying a much sharper and more crystalline sound more reminiscent of his solo work in the early '80s. But five minutes or so into the piece, Pinhas begins to add deeper drones, some of which are very convincing simulations of a cathedral organ (guitars, drums, and an occasional guest/ghost violin are the only instruments listed in the notes). Textures continue to build until they finally reach a point where the entire matrix of sound begins to float on a cushion of white noise resembling a gale force wind, or huge waves breaking on a remote shoreline -- with various musical shards and shapes fighting to break through the thick layers of sound. Eventually, like some powerful but transitory force of nature, the music begins to recede.
Pinhas has explored this general territory before, most recently on Schizotrope and Event and Repetitions, but it's what he seems to do best, and particularly on this last track, he demonstrates that he is capable of constructing some of the most formidable but exhilarating sonic edifices ever heard by mortal ears." – AllMusic

MF DOOM is given his flowers, plus appearances from MC Jada Imani and Stanley Ipkuss