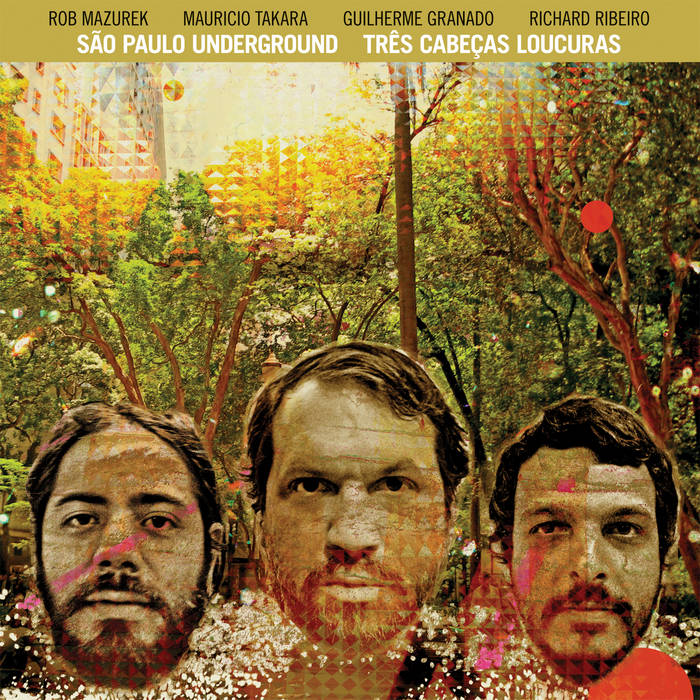 "Limitless in its possibilities." – Rolling Stone

"A modern approach to Brazil's tropicalia, that takes into account advances in sound manipulation and engineering. It is street music from the Brazilian subterranean avant-garde and it is confusingly wonderful." - All About Jazz

"Rob Mazurek returns to Brazil and floats his cool blue cornet over a spellbinding collage of saturated textures, syncopated rhythms and sundry electronics." - Time Out Chicago – Voted one of the Top 10 jazz albums of the year – 2011

"...the results are a mix of electric jazz, minimalism, and Brazilian samba, bossa nova, and street sounds. Percolating textures, crackling cornet (smacking of Miles Davis and Don Cherry), and surreal electronica process local riffs and rhythms for music that dances and frolics with all the joy and cheery chaos of a São Paulo street fair." – Icon

"São Paulo Underground are one mind blowing group and the trio’s stature has risen yet another level with the release of their latest full length... This album is huge and one that I think will grab the ears of many different types of people. Tropicalia never sounded this modern and alive post 70s." – Sound Colour Vibration

Tres Cabeças Loucuras is the third album by Sao Paulo Underground. It's a very catchy, jazz + electronics album filled with sunny melodies, beats, noise, sounds and songs. The group formed around Rob Mazurek (cornet and electronics), a key player in the Chicago post rock/modern jazz scene, who has played with everyone from his own Exploding Star Orchestra and Chicago Underground projects to performing and/or recording with Tortoise, Jim O'Rourke, Pharoah Sanders, and many more and whose work reflects a keen interest in modern, interesting music, both from the jazz and rock traditions. He spent several years living in the Brazil and developing a music that reflected those experiences. While in Brazil he met the co-founder of the group, Mauricio Takara (drums, percussion, cavaquinho (the 'miniature guitar' of Brazil), electronics). Performing and recording their first album as a duo, the gravity of the ensemble pulled in two other musicians: Guilherme Granado (keyboards, electronics, samplers) and Richard Ribeiro (drums).

Each of the musicians is an example of the new vanguard in music; Rob in contemporary jazz and forward-looking rock and the 3 Brazilian musicians in updating and modernizing Brazilian musical forms. São Paulo Underground embodies a fascinating musical mixture of Sun Ra-esque cosmic noise and rhythms and phrasing from samba, maracatu, rock and free jazz traditions. The album has a huge, modern, laptop-laden, psychedelic sound which launches Brazil's "Tropicalia' into a new, heavily electronic millennia. One of it's charms is that it is very clear and direct and accessible, but it's also utterly filled with sound! This is the rare, ground-breaking effort that can be absorbed and enjoyed effortlessly; it's just a corker!