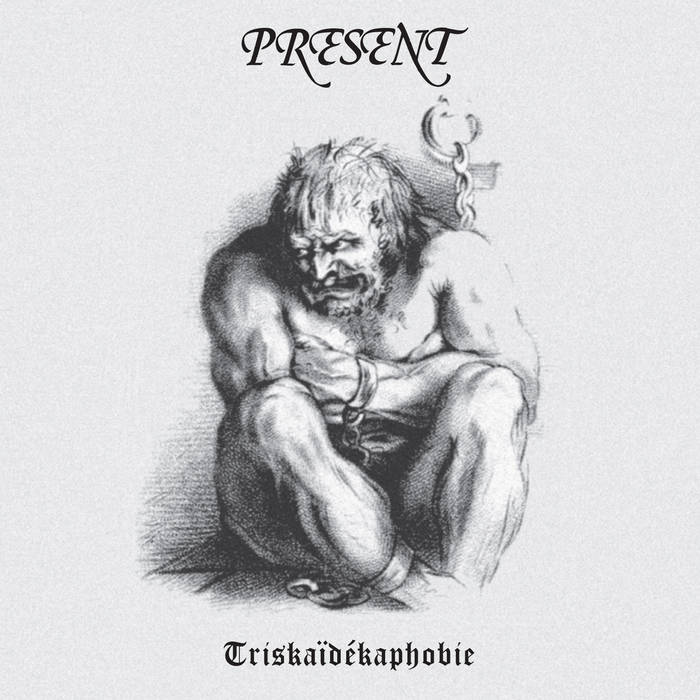 Carsten Pieper So this really is my first album from the Universe Zero universe? I seem to have missed something there... Thanks for Cuneiform Records' weekend specials for putting the finger in exactly the right place!
(My favorite track in fact is the opener, "Promenade Au Fond D'un Canal", an amazing long-track with a nice gloomy start (think "Set the Control for the Heart of the Sun" in the hands of the Crimson King) but never a dull moment, but, alas, that track wasn't selectable....).
Favorite track: Quatre-vingt Douze.

Hardo RIO at its best!

"...a turbulent masterpiece that leaves a residue of angst lingering long after the CD ends."
– Alternative Press

"Present's sound is almost a concentration of Univers Zero -- more Univers Zero than the thing itself -- due not only to the presence of two dominant members of the group, but also to Present's being a quartet (drums, bass, guitar, and keyboards), which allows for the very essence of the musical vision to emerge without any frills or distractions."
[In 2014 Cuneiform released an expanded edition of Triskaïdékaphobie featuring bonus tracks of Present performing two Univers Zero pieces, "Dense" and "Vous le Saurez en Temps Voulu," live at a concert in Brussels. The live recording is adequate but the performance stunning, particularly the ridiculously tight and nearly frantic version of "Dense," the classic Daniel Denis composition from Univers Zero's Ceux du Dehors (and "Vous le Saurez en Temps Voulu," from UZ's Heresie, is given an effective Present makeover as well).
All tracks were digitally restored and remastered by Udi Koomran, and the CD booklet includes vintage photographs and a history of the band and Triskaïdékaphobie written by Aymeric Leroy and Renato de Moraes, making the package a must-have for fans of Present and Rock in Opposition-style avant-prog.]"
– All Music Guide

After co-founding Univers Zero in 1974 and co-leading that group through their first two albums, guitarist and composer Roger Trigaux left Univers Zero in May, 1979, right after the completion of Heresie.

Originally conceived strictly as a studio project, the band began rehearsals in 1979 and began to record their first album, Triskaïdékaphobie (The Fear Of The Number 13) in January, 1980. After all the rehearsals and all of the work of recording this album, Roger realized that this was a perfect ensemble to play live, as the musicians all got along well and the ensemble was small enough to be a practical outfit and the band began performing in the fall of 1980. Since Present only had about 35' of music written for the group, in their earliest days, the band also performed two 'covers' from Univers Zero's repertoire; Dense (from Ceux du Dehors) and Vous Les Saurez En Temps Voulu (from Heresie). Recordings of these two covers, from a performance from 2/28/81 are included here as bonus tracks.

This reissue of Triskaïdékaphobie includes the original album, newly transferred and remastered by the group's long-time engineer, Udi Koomran as well as the aforementioned 20' of bonus material!

The album and bonus tracks were transferred from the original stereo analog tapes and digitally restored and remastered by Udi Koomran.

Tracks #1-3
Recorded and mixed July-May, 1980 at Overijse, Belgium.
Engineering and mixing by Pierre Desmedt and Present.