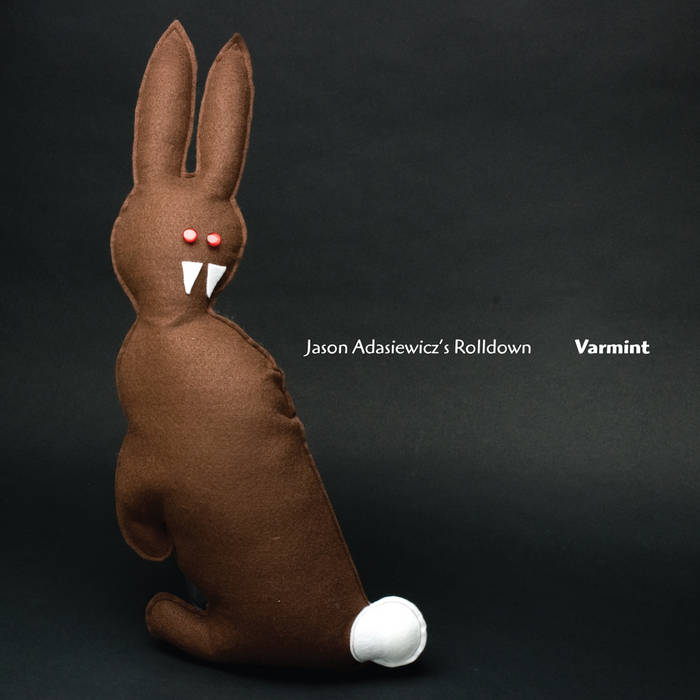 "Their second album, Varmint, shows growth exactly where it was eneded. The compositions are better developed, the playing more relaxed and fluid, and the record better represents the quintet's onstage spirit...one gets the feeling that the musicians really enjoy taking the various routes that are made open to them by Adasiewicz's compositions.... Smart and playful, Varmint, reminds me of those cartoons where that cwazy wabbit Bugs Bunny alwasy outsmarted Elmer Fudd." (four stars)
– Downbeat

"Vibraphonist Jason Adasiewicz is emerging as one of the most interesting bandleaders and composers in modern creative improvised jazz. ...Adasiewicz has assembled a quintet of astounding musical proportion and depth, playing his tricky music that seems to have no limits of imagination, wit or wisdom."
– All Music Guide

"Vibraphonist-composer Jason Adasiewicz has recently been very active, both as a sideman and a leader. Varmint is the second date under his own name, and he's joined by cornetist Josh Berman, saxophonist/clarinetist Aram Shelton, bassist Jason Roebke and drummer Frank Rosaly for six originals and a cover of pianist Andrew Hill's "The Griots." The statements that have come down the pike about this band are accurate: in a sense, it's an updating of a particulaly fractured brand of post-bop that, in the mid-Sixties, centered on Blue Note artists like Hill, Grachan Moncur III, Bobby Hutcherson, and Joe Chambers. But unlike, say, the SF Jazz Collective, this is an update with a hell of a lot of bite.... Adasiewicz also has a tone and sense of phrasing that is unlike anyone on the instrument currently active, his sense of melody wistful and attack pelting with equal parts Milt Jackson and Khan Jamal. Rather than a blow-by-blow, I'll just say this much: I haven't heard a modern jazz record this good in years."
– Austinist

The music on Varmint is swinging and accessible but also very modern and forward-looking. Recommended if you like: Jackie McLean, Bobby Hutcherson, Andrew Hill, Grachan Moncur III as well as other, newer, good things that make Stanley Crouch shake his fists skyward and shout aloud, “This isn’t jazz”.