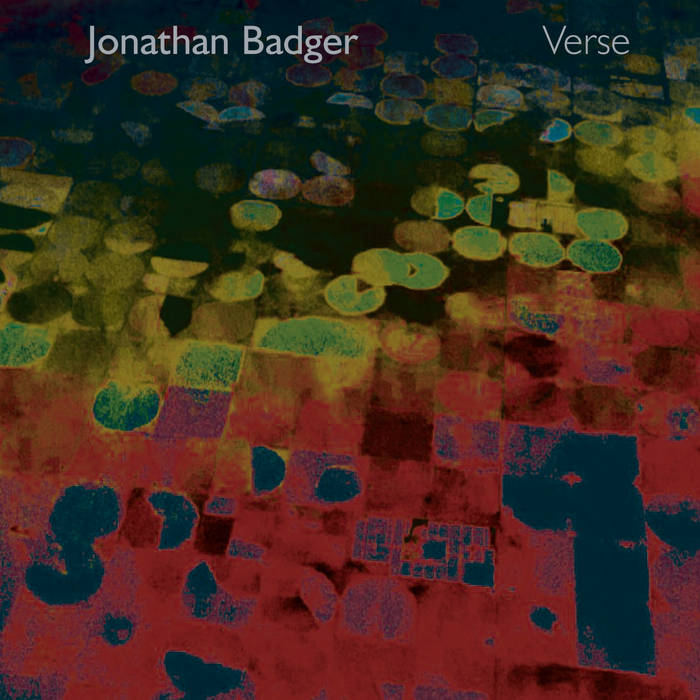 Jonathan Badger is a composer and performer based in Baltimore, Maryland. Formally trained as a classical guitarist, he went on to study music theory and composition at Duke University and arranged and composed music for theatre and dance. He then studied in Guitar Craft, a guitar school founded and guided by Robert Fripp of King Crimson.

He has traveled extensively, performing his riveting style of “guitaristic” electronic music, processing guitar through an assortment of customized software and hardware - folding and weaving signals together into complex patterns of interlaced rhythm, harmony and texture. The resulting aesthetic is an ambient, avant-rock hybrid with DIY sensibilities.

"The sheer volume of ideas and instruments explored here defy categorization...Verse is an excursion worth your attention."
– A Closer Listen

"Jonathan Badger's 'Verse' is one of the best albums of 2014. It is a work of considerable ambition for an indie artist, and has an impressive musical range. Most of its tracks are instrumental and guitar-oriented - though singing is audible on at least one track. The instrumentation of songs like "It Came Down from the Night..." brings to mind Trent Reznor and Atticus Ross's David Fincher soundtracks. The album is also rather accessible: "St. Lucy's Day" and "Limbec" have good melodies. "Nimbus" is very musically ambitious."
– Cinemaphile

"This melancholic, mosaic record . . . shuffles nimbly between extremes of darkness and light the way an Olympic figure skater transitions from twirls and spins to Lutzes and Axles, a suite of fluid, involving instrumentals that draws from disparate genres to arrive at a sort of post-ambient survey course."
– Baltimore City Paper

"In 1974 Manuel Göttsching released the ground-breaking Inventions for Electric Guitar where he meticulously multi-tracked different sequences and riffs without the aid of samplers, sequencers, or other tools of the trade that are available to the modern composer. Jonathan Badger, a US guitarist and composer, who has studied under Robert Fripp, has extended Manuel’s approach, combined it with Fripp’s compositional methods, and used modern technology to create an amazing album of 10 relatively short tracks. He shows restraint in that each song is just long enough to explore an idea without becoming tedious. Basically what Badger does is send two signals out of his guitar, one is the standard analog guitar signal and the other is a digital feed that triggers samples from his broad array of orchestral instruments...Overall, he has an introspective approach to music. It takes a lot of concentration to produce something of this caliber. Tracks that stood out for me are “Nimbus,” “Limbec,” and the final track, “Sickle’s Compass Come.” If you enjoy adventurous music that is also quite melodic and beautiful, then Verse is something you should investigate."
– Expose

“My guitars generate two signals: one analog and one digital. Both signals are fed into a computer, and the digital signal controls a homegrown sample base I made of hundreds of recordings of acoustic instruments such as viola, cello, flute, the human voice, piano, and so on. So in addition to conventional guitar tones there is a wide palette of organic sonics. This audio is judiciously processed in the computer in a fashion that causes the music to swerve between acoustic chamber flavors to full-on noise explosions. The processing takes place in a MAX/MSP environment of my own design.

Additionally, I use Jitter -- which also runs in the MAX context -- to control multiple video streams. Jitter is a programming language that enables the user to manipulate video either manually via outboard hardware controllers, or, more interestingly, via audio. I've written a series of programs that attenuate, distort, and blend several video streams at once according to what is happening in the music. The audio itself (its amplitude, rhythm, and frequency components) tugs and warps the visuals, which are projected in real time.”
– Jonathan Badger