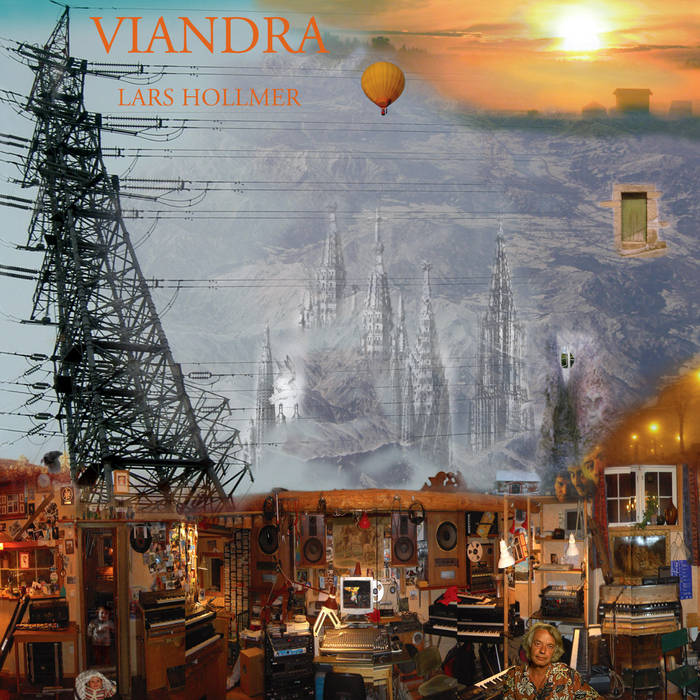 Carsten Pieper Another little gem from the more accessible end of Cuneiform Records adventuruous offerings. This time it's the last album of the late Lars Hollmer (whom I admittedly didn't know before stumbling over this), accordion-laden, instrumental retro prog with more than a hint to Swedish folklore. Favorite track: Konstig (Strange).

The following was written before Lars' early death of cancer at age 60 on Christmas Day, 2008. Viandra, released in 2007, was the last album Lars released before his death.

Active in music for over 40 years, Lars Hollmer first got together with his friends to play music in late-'60s Sweden. This band eventually became the legendary “Rock In Opposition” band Samla Mammas Manna.
Concurrently towards the end of Samla’s original life-span (the band reformed in the 00s and is recording and playing shows again), Lars started a solo career, where he emphasized his very personal compositions and his accordion playing, of which he is a master.
Lars’ solo albums have a great warmth, intimacy, and even innocence to them. Although he makes music that can be abrasive and even purposefully a bit demented, with rough textures, quirky instrumentation, and unusual rhythms and time signatures, Hollmer's compositions are mostly tuneful and easy going, sometimes catchy, and often disarmingly lovely.

"The music on Viandra was recorded and mixed between 2001 and 2007, amidst all the other projects that sent Hollmer packing up his accordion and rushing to the airport for the next flight out of Stockholm. The music itself is as...strangely -- sometimes as magically -- wonderful as anything Hollmer has recorded in his solo career. Lars dominates on keyboards and accordion...while the strings and Berckmans' double reeds are secondarily the most dominant voices...more striking is the mood that he brings to the 16 compositions here; a sense of reflection sometimes touched with melancholy, a side of him sometimes lost in his collaborative projects with others."
– David Lynch/All Music Guide

“… he worked out an unmistakable and distinctive design, hybrid music he used to call it, which zigzags between different styles and
influences. It also offers everything from jazz, rock and Zappa-inspired improvisation to rock balkan music, classic melodic loops and
nonsense singing in falsetto. ….
While Lars Hollmer created music for the whole world, he never denied his roots in the Swedish music tradition. ….one of our most iconic
world musicians”
– Malcolm Dixelius, Fokus Magazine

“…it's his accordions that dominate, and there are few others, aside from Guy Kulcevsek, Richard Galliano and Jean-Louis Matinier, who
can make the instrument sing the way Hollmer does. …Hollmer's humanity shines through…”
– John Kelman, All About Jazz

"I recorded and mixed the music for Viandra between 2001 and 2007 at the Chickenhouse, except for extracts of "Alice" which were taken from a recording in 1989." - Lars Hollmer, June 2007