Welcome In The Void 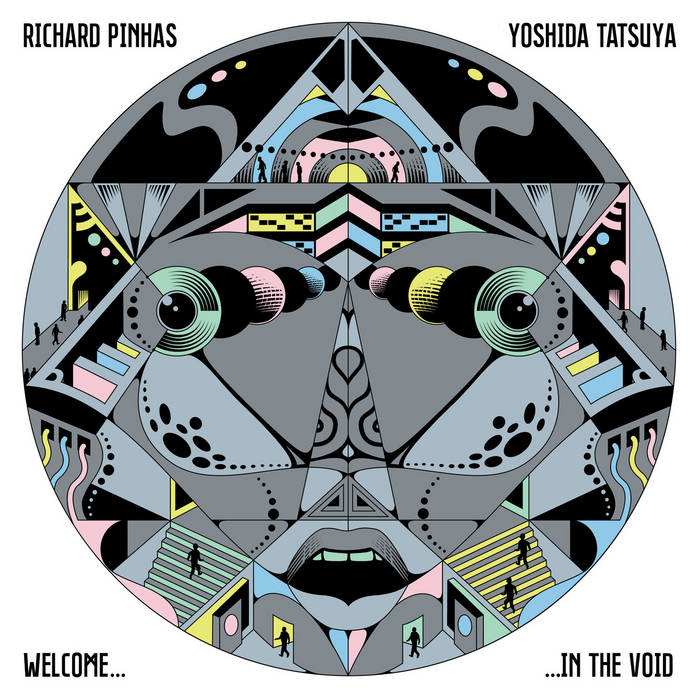 "...two pioneers of fringe music, with the rapport of the two as the driving force behind this album" – Something Else!

On 'Welcome In The Void,' Richard Pinhas again pushes sonic and compositional boundaries, this time in a very special collaboration with the legendary Yoshida Tatsuya, "the indisputable master drummer of the Japanese underground." Yoshida is one of the most important musicians of the Japanese experimental music scene for the last 35 years, spearheading at least a half dozen of that country's most important and best known experimental groups, including Ruins, Koenji Hyakkei and Korekyojinn.

'Welcome In The Void' is the second album in Pinhas' Devolution Trilogy, concerned with mankind's ideological and physical devolution at the hands of our modern socio-politcal world and technology. For the past several years, Pinhas the musician/philosopher has given thought to, in his words, the "Devolution of mankind, civilization, Capitalism's devolution, and mainly devolution of [human/biolgical] faculties related to the rise of machines". He describes 'Welcome In The Void' as "a kind of journey, not more into the being but into the void - the nothingness that is now the "center" or the absence-of- center of our societies." The first album in Pinhas' Devolution Trilogy was 2013's Desolation Row, a sonic protest against the rise of neoliberalism, the global economic crisis and rising social unrest.

Teaming up for their first duo recording, Pinhas and Tatsuya push each others' creative limits to make something that even for the experimental master Pinhas, is a new experience: a single, 64-minute, all-instrumental track consisting solely of guitar, percussion and electronics. The spontaneity, intensity, and sheer force of the music created by the duo is a marvel of musical give and take. The Pinhas/Tatsuya collaboration is an ongoing one, and the duo has plans to tour and record more material in Japan in the near future.