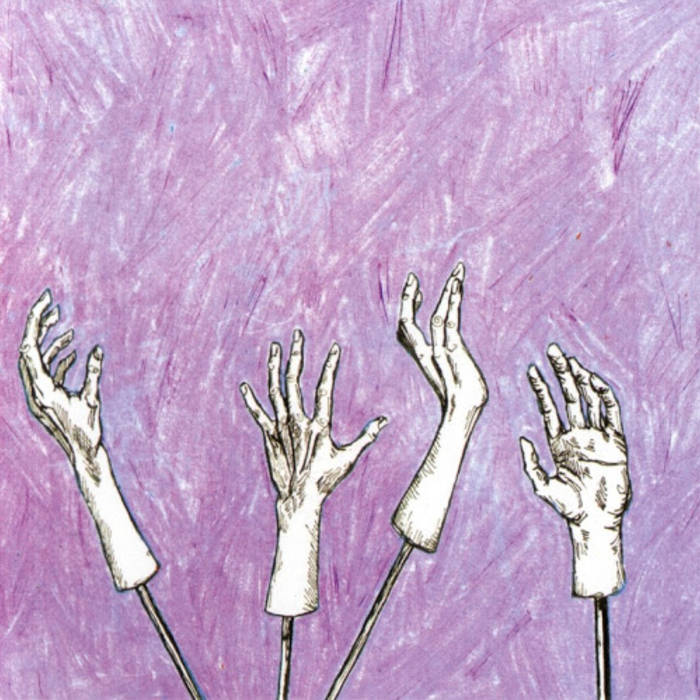 Third and best yet from this amazing instrumental, post-Beefheart, avant-technical, improv-core, math-metal, art-damage, punk-rock power trio from Asheville, NC. Using the simple and classic skeleton of guitar, bass and drums, these three make powerful music that is undeniably 'rock' but is also undeniably much wider in musical influences than what one would imagine in such rock-based work. For example, the opening song is Remember Rumsfeld at Abu Ghraib; of course we all know what that title is in reference to, but, huge Charles Mingus fan that I am, I also immediately caught the reference to Charles' great work, Remember Rockefeller at Attica, which is not a reference I would expect from a rock band. But then, these guys are the most technically adept 'punk' band you will ever hear; they have chops growing on their chops, so surprises are to be expected! The playing from everyone is beyond powerful and while the term "Beefheartian" gets bandied about way too much, the complexity and directness of the playing here really does bear some comparisons. Their music has been developed over playing tons of shows and the sound on the album reflects this with a very well recorded, but not so "produced", live feeling sound. If they come to your town, go see them. Having said that, if you can't see them live, this album comes with 3 short, nicely shot QuickTime movies which you can watch on your Mac or PC, so you can see just what you are missing.

"This Asheville, North Carolina-based power trio's quirky cross between new music composition and raw punk energy will have the self-appointed genre limiters scratching their heads for the rest of the year. The rest of us can just enjoy it and hope there'll be more in the not-too-distant future."
– New Music Box

This is a great album, but the story of how I ran into Ahleuchatistas is an even better story and here it is.

Not too long after we released Obedience by Larval, they did a small tour of a week's worth of dates, including a show in Baltimore that Cuneiform / Wayside's long time second-in-command, Simon helped set up at a club there.

Simon was doing a lot of booking and dj-ing at that time and was getting handed promos. He was handed a promo of Ahleuchatistas's second album by a label from Alexandria, VA (one hour from Baltimore) who had released it.

When it came time to book a supporting act for Larval, somehow the band contacted Simon and Simon, thinking they were from Alexandria, booked them for this mid-week show.

Somehow before the gig Simon found out they were from ASHVILLE (9 hours away), NOT Alexandria! He called them to tell them that he had no idea that they had to travel that far and that it was totally cool with him if they had to cancel for what was going to be a very poorly paid show.

They said, "no, we want to play this show and we'll be there."

What they didn't tell Simon and what I only found out years later was that they wanted to do this show to play in front of ME!

So, it's a typical Baltimore rock-club mid-week night that goes WAY WAY too late. I don't know anything about anything other than I'm getting to see and meet Larval (who I'm putting up at my place for the night).

Larval finish their set and I'm helping them get ready to leave and I have NO INTENTIONS WHATSOEVER of seeing ANY other music, as it's already something like 1:00 am on a Tuesday or Wednesday night and I'm beyond exhausted.

I walk past the stage on my way to tell Bill of Larval I am leaving and to follow me back to the place when I witness 20 seconds of Ahleuchatistas, who are in full SLAY mode in front of maybe 8 people. I couldn't believe my eyes. They might have been (and might remain) the most amazing musical sight I had ever seen cold. I do remember sitting down next to Simon who was also watching them with his jaw dropping and saying to him, "Simon, I'm so tired. My judgement is shot. Are these guys as good as I think that they are?", and he replied, "Better!"

And that's how I met Ahleuchatistas!