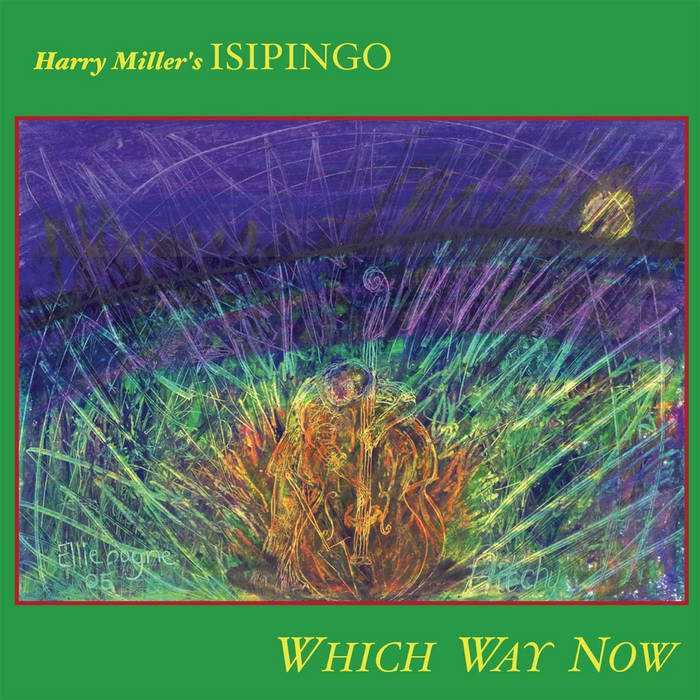 Bassist Harry Miller was born in South Africa, but he was the Brit-jazz bassist throughout the 1970s, playing with John Surman, Centipede, Mike Westbrook, Keith Tippett, Mike Osborne, King Crimson, Julie Tippetts, Alan Skidmore and Chris McGregor's Brotherhood of Breath, among many others, as well as co-founding the legendary Ogun label, which did so much to document the Brit-jazz scene in the 1970s.

Harry's group, Isipingo, which he led for a number of years, could be compared to a smaller-scale, more "swinging" take on the wonderful kwela-influenced jazz of the Brotherhood. The band always included some of the greatest of Britain's jazzers of the mid 70's and this release is no exception: Nick Evans-trombone, Mongezi Feza-trumpet, Harry Miller-double bass, Louis Moholo-drums, Mike Osborne-alto sax and Keith Tippett-piano.

Which Way Now features over 70 minutes of music from a beautifully recorded radio concert from November 20, 1975; it sounds as if you are in the room right with the band!

Since Isipingo only released one album during their lifetime, this release dramatically extends their legacy and like Cuneiform's important and historical work with the Brotherhood of Breath, brings this important, hugely enjoyable, nearly-forgotten music to a new audience.

"When bassist Harry Miller died in 1983, the UK jazz scene lost one of its most vibrant and dynamic talents. While the South African born bassist was best known for his membership of the Brotherhood of Breath,his work with Mike Westbrook and the leading lights of the European improv scene was equally seminal.
Isipingo recorded one album in their lifetime, but this German radio recording catches the original line-up in full flight. Mongezi Feza's trumpet is agile, focussed and without frills; Mike Osborne's urgent, astringent alto and Nick Evan's sumptuously fat trombone complete the front line. Keith Tippett's piano veers from delicate arpeggios to punchy dissonance, while Miller and drummer Louis Moholo lay down fat, ragged, propulsive grooves that lie somewhere between Mingus and South African township jive.
This is an essential document of an under-recorded band; much kudos (as ever) to Cuneiform for an excellent job, but it's tempting to ask why it falls to a small US indie label to unearth and preserve these British jazz gems. Oh well..." – Peter Marsh / BBC Music


"Cuneiform Records is single-handedly keeping the spirit of one of the great latter-day jazz movements alive: the South African-London nexus of the 60s and 70s.
In the mid-60s, several jazz musicians arrived in London, fleeing apartheid in South Africa. They brought with them a sound mixing Ellington, Parker and Ayler influences with South African kwela jazz. One of them was Harry Miller, who started his English career initially as bassist for Manfred Mann (himself a South African), and became best known as the bassist for the Brotherhood of Breath, a big band always leaning towards mayhem at any given moment.
Isipingo are a pared down version of the band under Millers direction featuring Keith Tippett (King Crimson), Mongezi Feza, Louis Moholo and more. This fine recording presents four lengthy pieces recorded by Radio Bremen in 1975.
This music is more linear than the Brotherhoods work. The straighter charts are still laced with South African melodic statements but are essentially a showcase for long solo passages. Opening with "Family Affair, the rhythm section of Miller and Moholo is a busy but focused ensemble, with Moholo sounding so excited on ride and rim shot that he threatens to speed ahead of the rest of the band.
The best soloist in the band is undoubtedly Feza. Conjuring a wide array of pretty and slurred tones, its as though hes chewed Don Cherry up and spit him back out again  simply a wonder to listen to. [Nick Evans] trombone is also fluid in its inventiveness and especially its harmonic movement. Tippett, whose unique sheets of sound on piano extrapolate far, far away from the kwela underpinnings of these pieces. This is joyful music." – David Dacks / Exclaim


"Cuneiform has unearthed another gem from the '70s British jazz scene in Which Way Now. Bassist Harry Miller was one of the staples of that era, and on this performance from November of 1975, he shows just why. The band here was the original lineup of Isipingo, and while there is a structure to the music, the door to each player's perspective is left wide open. That is the way Miller preferred to write, placing no holds on improvisation. The result is an energetic, eloquent and exciting experience. ...
This is an outstanding recording and a welcome document of a great band." – Jerry D'Souza / All About Jazz