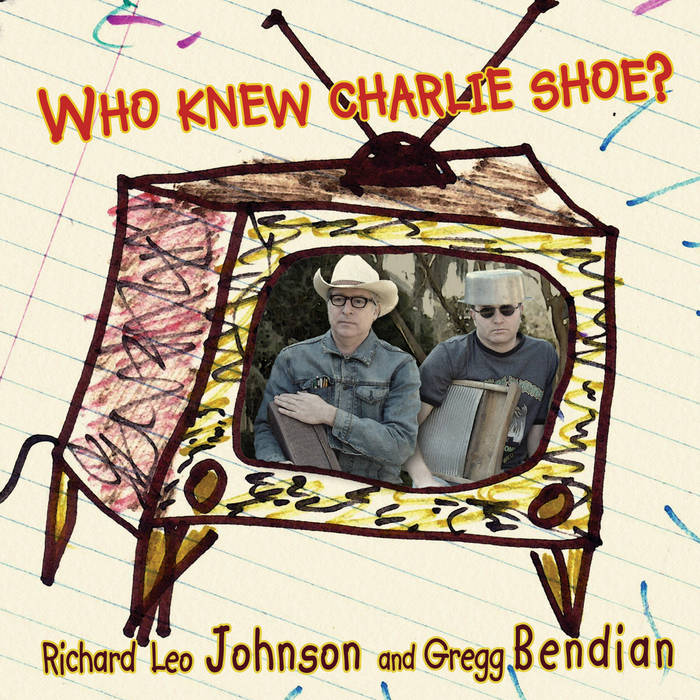 Richard Leo Johnson's style on the acoustic guitar is marked by emotional depth, complexity and hauntingly unfamiliar harmonies. Percussionist Gregg Bendian is the leader of The Mahavishnu Project and Interzone. They have toured together in the past, opening for King Crimson, among others, but this is their first recording together.

This record is an extension of the music and story of Vernon McAlister and his music's influence on the people he encountered, which started on Richard's last record, The Legend of Vernon McAlister. As on that album, Richard has taken on a character's role in order to 'get inside' of the music. Charlie is a self-taught guitarist from Marked Tree, Arkansas who has developed his own way of playing the guitar, after a chance encounter with Vernon. "Junk Fish" was a successful drummer in the 1970s, but was eventually a casuality of the rock and roll lifestyle. He sold his drums, moved to Marked Tree and works in the salvage yard where he and Charlie met.

In a few spots, Gregg's non-standared percussion instruments are reminscent of the Harry Partch instruments, and the music that resembles the imaginary meeting of Harry Partch and John Fahey!

"When you enter the surreal sonic wonderland of Who Knew Charlie Shoe – and you definitely should – prepare to be amazed, amused, exasperated and, above all, eminently entertained. The faux folkloric alternate musical universe created by the duo of guitarist Richard Leo Johnson and percussionist Gregg Bendian is nothing less than the stuff of genius.

Equiped with cheap guitars and improvised percussive devices, the duo crafts a low-tech high concept album that explores the life of a fictional backwater Arkansas savant in 21 succinct and surprising tracks. A few tracks are closer to artfully arranged noise than songs, but the majority are tuneful, cheerful and melodic.

A force of nature guitarist, Johnson's personalized playing is pure and unpredictable, as it provides points of reference to other guitarists, especially John Fahey in his more adventurous acoustic period – but only in passing as it relentlessly races down uncharted idiosyncratic paths all its own. If you don't hear a particular guitar style – blues, classical, jazz, folk or none of the above – give the album another listen, because Johnson plays it well at some point..."
- Downbeat

"Johnson is perhaps the real heir to the throne left empty when John Fahey died. His acoustic guitar playing is subtly virtuosic, and his music is informed by everything from Stravinsky to folk music to acid rock. Drummer Bendian reveals another side of his colorful, experimental nature."
- John Schaefer /WNYC