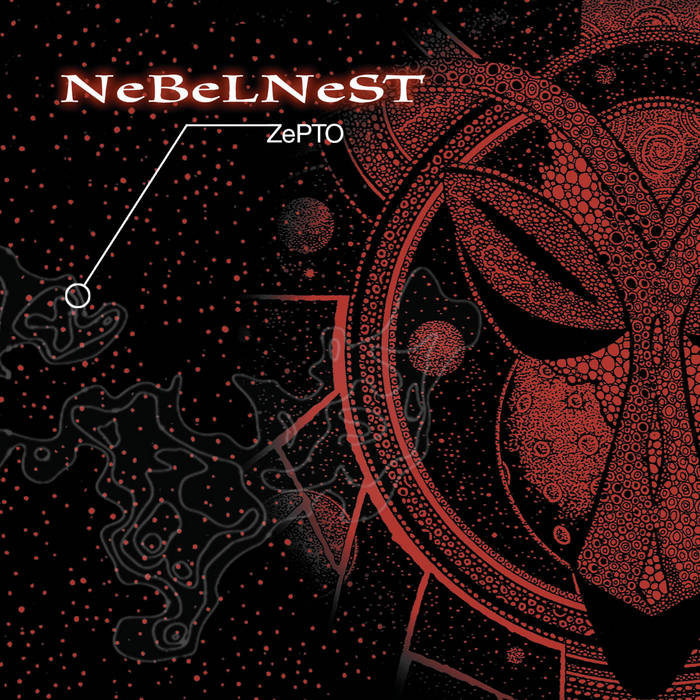 PDD Such a powerful record. I love how each song builds to a crescendo. My only complaint is that each song is too short. Favorite track: De Thriumpho Naturae.

Nebelnest emerged with a bang out of France, with an excellent first album in 1998 and a second well received album in 2002.

An instrumental quartet of keyboards, guitar, bass and drums, on their third album, Nebelnest add more elements of found-sound, noise, improvisation and dissonance to their uniquely post-punk take on dark symphonic rock, updating and punishing that sound beyond recognizable and reaching a whole new audience with it as well.

Recorded during a time of chaos and transition for the band - their original guitarist appears on some of the album, as well as his replacement, who has also since left - the uncertainly that they were dealing with filled their music with an exciting tension.

Happily, since the album was recorded, they have found a new replacement guitarist and have been busier playing concerts than during anytime in recent years.

"...stunning...powerful and complex...the relentless pace of this album is a challenge to keep up with and multiple listens through the aural pain barrier are essential to even begin to understand where this band is going." - Classic Rock Society

"Third time's a charm! After a debut album that lacked production and a sophomore effort that lacked bite, the French trio has finally nailed their sound with Zepto. The songwriting has wonderfully matured, the production is just right, everything simply coalesces to push NeBeLNeST's fierce and creative music in your face.
The King Crimson influence that was central to their debut has now completely vanished, replaced by a unique take on avant-prog, with shades of electric Miles ("De Thriumpho Naturae"), a noisier and grittier attitude (think Sleepytime Gorilla Museum, perhaps), and free improvisations that feel much freer (the first half of the ten-minute "Do What Thou Wilt").
Bob Drake's production on NoVa eXPReSS was a little bit too over the top, distracting from the music or even taking it apart when it most needed to show cohesion. Zepto has been recorded and mixed by keyboardist Olivier Tejedor and the results are tailor-fit to the band.
Highlights include the riveting "Pillars of Birth" and "Majnuns," the short though very effective "The Thing in the Walls," and the surprisingly fusion-esque "De Triumpho Naturae," in which drummer Michäel Anselmi shows that his palette also includes lightness. The only disappointing track is "The Old Ones," which sounds like a heavier take on Djam Karet's spacey riff-based jamming. Beside that piece, Zepto is a stellar set of ballsy, thought-provoking avant-prog with a vintage touch, thanks to Tejedor's keyboard sounds.
It clearly is the group's least immediately accessible release, but for all its demands, it rewards you with the most unadulterated incarnation of the band's vision. Zepto is what NeBeLNeST always tried to be, but had not quite achieved yet. Highly recommended." – AllMusic

composed and arranged by Nebelnest.