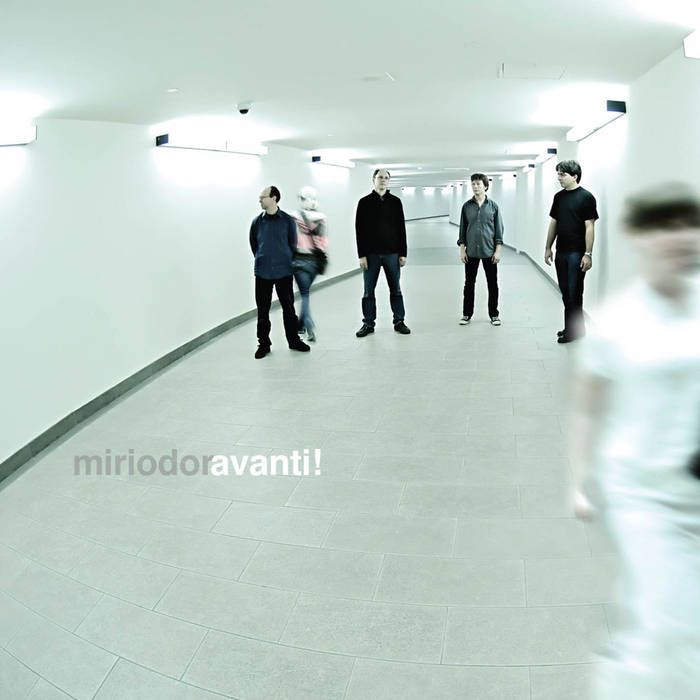 Carsten Pieper Great instrumental prog from Canada, more on the jazzy than the symphonic side. And I agree with Hardo, in that I also hear a lot of Gentle Giant in their music, but in a very 21st century way! Favorite track: À Déterminer [To Be Determined].

Sven B. Schreiber (sbs) Frankly, I don't read email anymore, because too much spam is rushing in each day - hence I missed out on all those great five-dollar deals given away previously by Cuneiform, because the promo code is distributed by email. Darn it! So this is the first time I participate, and I'm excited to start off with this wonderful "Miriodor" album, which was on my wishlist for quite some time, grabbing it for a nice price now. A big "thank you" to Cuneiform!

Hardo It's a lot of Gentle Giant in there. Favorite track: Envoûtement [Bewitchment].

"Those will younger ears will hear math-rock and post-rock in Miriodor's off-kilter time signatures and whimsically episodic arrangements; those with older ears may wonder if they're listening to a Henry Cow reunion album, made with updated equipment and more horns. Anyone with adventurous ears is sure to get a kick out of this venerable Quebecois quartet's music, which draws on nearly three decades of experience exploring the fringes of avant-pop instrumental music. Very cool."
– CDHotlist

"In these challenging times, it's nice to count on something that seems to be getting better instead of worse. Miriodor have been around now for about 30 years, quite an accomplishment in itself, but perhaps more amazingly, every CD they release improves in some way upon the last. A case in point is Avanti! (Onward!), the band's seventh Cuneiform CD, released in May 2009.... On Avanti! Miriodor have climbed their highest peak yet and now stand patiently waiting for you to discover them."
– David Lynch/All Music Guide

Recorded in Montreal at Studio Parleur.
Engineered by Frédéric Boudreault.
Mixed and produced by Bernard Falaise.
Mastered by John Sellekaers.

Sometimes it's hard to write about an album simply because it's difficult to find new ways of saying 'amazing'. Miriodor's albums present that challenge. With a string of utterly fabulous releases already leading up to Avanti, how does one find a new way to get across the fact that Miriodor are one of the very finest new music/rock ensembles in existence? Maybe by truthfully stating that, in my opinion, Avanti is most likely their best work yet! The band have always produced music that is intricate, tuneful, challenging and filled with both fire and humor. The mixing and production were handled by member Bernard Falaise, the first time the band have done all of this work 'in house' and he has added some adventurous and interesting touches which never overwhelm the integrity of the underlying musical work, but add an additional dimension which is new for the band.

"Fortuitously placed under the sign of number seven, Miriodor’s seventh album contains seven songs which all last seven minutes or more, for a total of 60 minutes of dense and twisted music, à la Miriodor. The band, now in its 30th year of existence, has attained a level of cohesion and complicity that sometimes baffles even its more recent members, those who have only been around for 15 years or so... At the core of this production are the usual partners in crime : Bernard Falaise (guitars, stringed instruments, etc.), Pascal Globensky (keyboards, synthesizer, piano), Rémi Leclerc (drums, percussion, sampler) and Nicolas Masino (bass, keyboards). On this album, we tried to develop our playing as a quartet, so about half the album has no outside guests, no sequences and just a few overdubs. On the other pieces we are joined by Pierre "The Preacher" Labbé on tenor and barytone saxes, regular acolyte Marie-Chantal Leclair on soprano saxophone, and Maxime St-Pierre on trumpet."