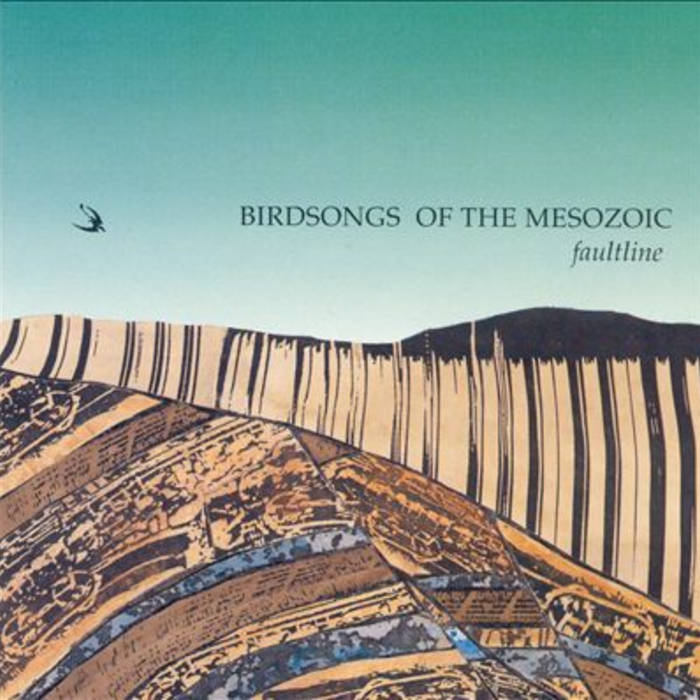 Formed in 1980, Birdsongs of the Mesozoic play a unique mix of rock, punk, classical, minimalism, and free-form music, with occasional forays into even more unexpected directions.

Faultline was the first first release by the band after the departure of founder Roger Miller and was also their first for Cuneiform. It continued & built upon the group's signature sound that 1st emerged in the early 80's but also with many new twists.

"This was the first Birdsongs of the Mesozoic album to be released after the departure of keyboardist and founding member Roger Miller. He was briefly replaced by reedman Steve Adams, who left before the completion of Faultline to join ROVA, a San Francisco-based saxophone quartet. Saxophonist Ken Field stepped in to take his place, helped to finish the album, and subsequently became a permanent member of the band.
The addition of reed instruments marked a fundamental change in the band's sound. Instead of a rather architectural, if raw, sound based on the interaction of twin keyboards, Birdsongs of the Mesozoic began to sound a little bit jazzier, if no less structurally rigorous and aggressive. On "Coco Boudakian," guitarist Martin Swope sounds uncannily like Arto Lindsay; the title track rocks out in a blocky but complex way. But there are several moments of serene beauty as well, in particular the limpid Steve Adams composition that ends the program. Highly recommended." – All Music