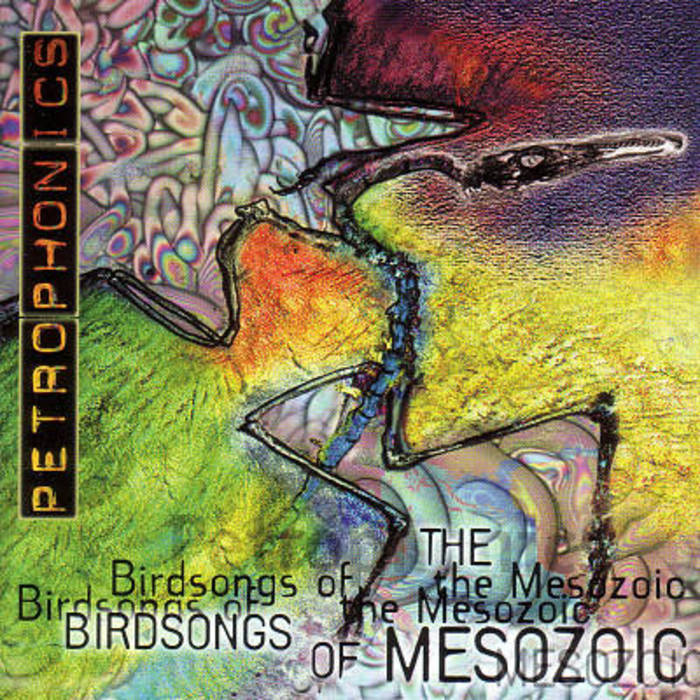 Nick Bradey Superb music - well worth exploring !
I cannot recommend this enough .
No comparisons are needed or appropriate.
Check this band out ...

Celebrating their 20th anniversary (in 2000) and 10th release, Boston's wonderfully unique Birdsongs Of The Mesozoic return with Petrophonics!

The band have built on their past work and have definitely brought something new to the table for this release. Their sound, which combines rock, modern classical, punk, minimalism & free-form sound, is impossible to describe and immediately identifiable! With a large brace of great releases under their belts, they are, "...one of the few bands whose music is always good and always improving."-C.W. Vrtacek.

“…Throughout these well-conceived and expertly performed arrangements, the band pursues airy voicings with a rough hewn edge marked by a few nods to classicism and the finer attributes of – archetypal – progressive rock…while many of these compositions boast multilayered passages, dynamic rhythms and poignant soloing, the band captures one’s imagination with memorable melodies, crunching ensemble work and truly spirited interplay as the strong writing often spawns wonderment. Ultimately, Petrophonics contains all the earmarks of a timeless classic and one that might rejuvenate the musical spirits from within, as this is one of those rare recordings that imparts a lasting impression.”
– Glenn Astarita, All About Jazz, www.allaboutjazz.com, Nov. 2000

“…their style: rock instrumentation playing challenging music which is not based on the conventions of rock and roll, sort of like what Stravinsky would do with a drum kit, electric guitar, and electric organ… The main thing that sets this release apart from other Birdsongs albums is an attention to ambiance. Even in the faster tunes, there is a fullness to the sound and incredible richness of detail I don’t hear in previous efforts, fine as they were. Listen to Petrophonics closely and a multitude of great little touches will become apparent. This is a sure bet for the top of my year’s best list…” – Jon Davis, Exposé, March 2001